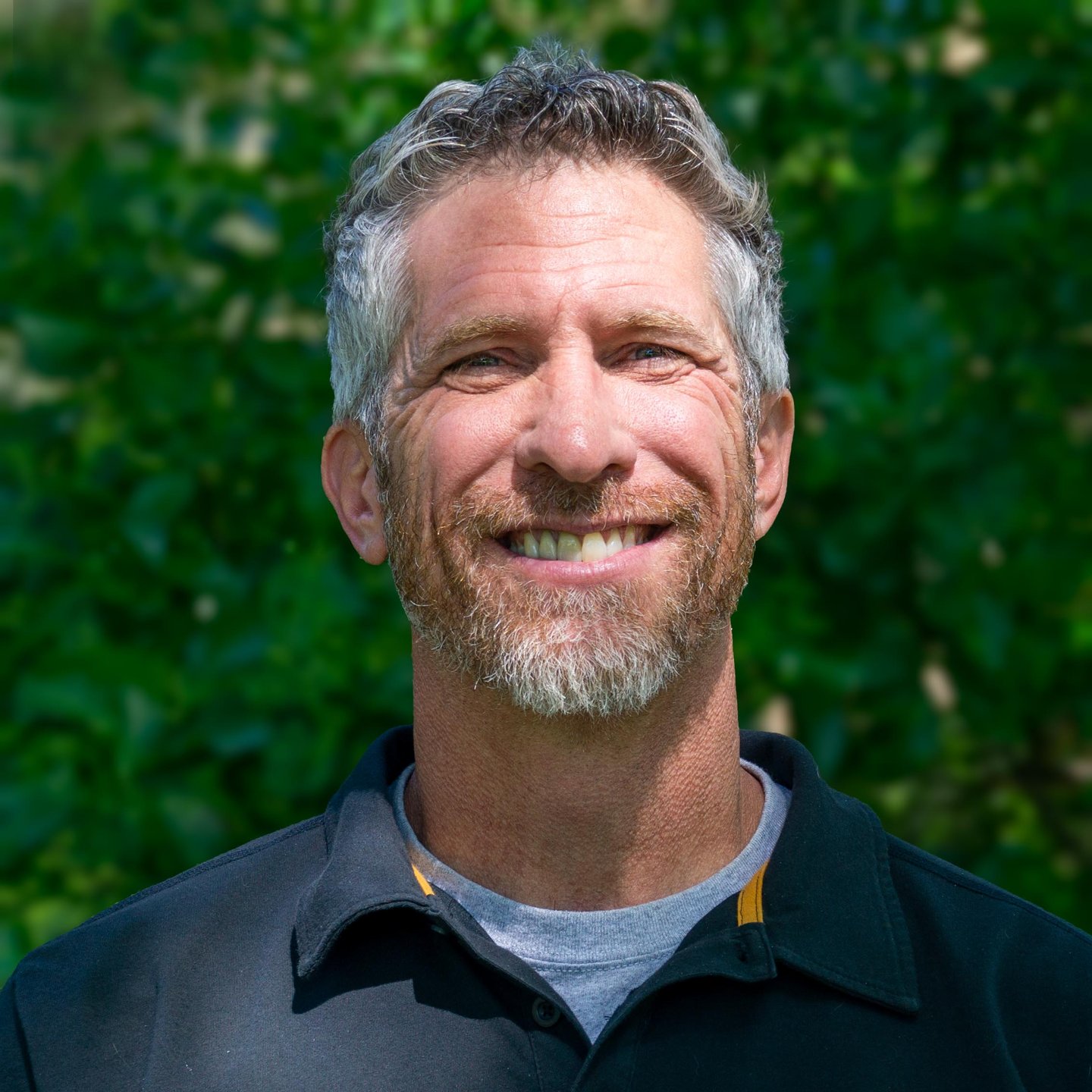 Rob Davis, the City of Grand Junction Forester & Open Space supervisor, has spent more than two decades advocating for trees. Since 2000, Rob has worked in a city forester role for five Colorado cities, including Greeley, Windsor, Westminster, Denver, and now, Grand Junction. After working as the city forester for the City and County of Denver for nine years, Rob decided it was time for a change. 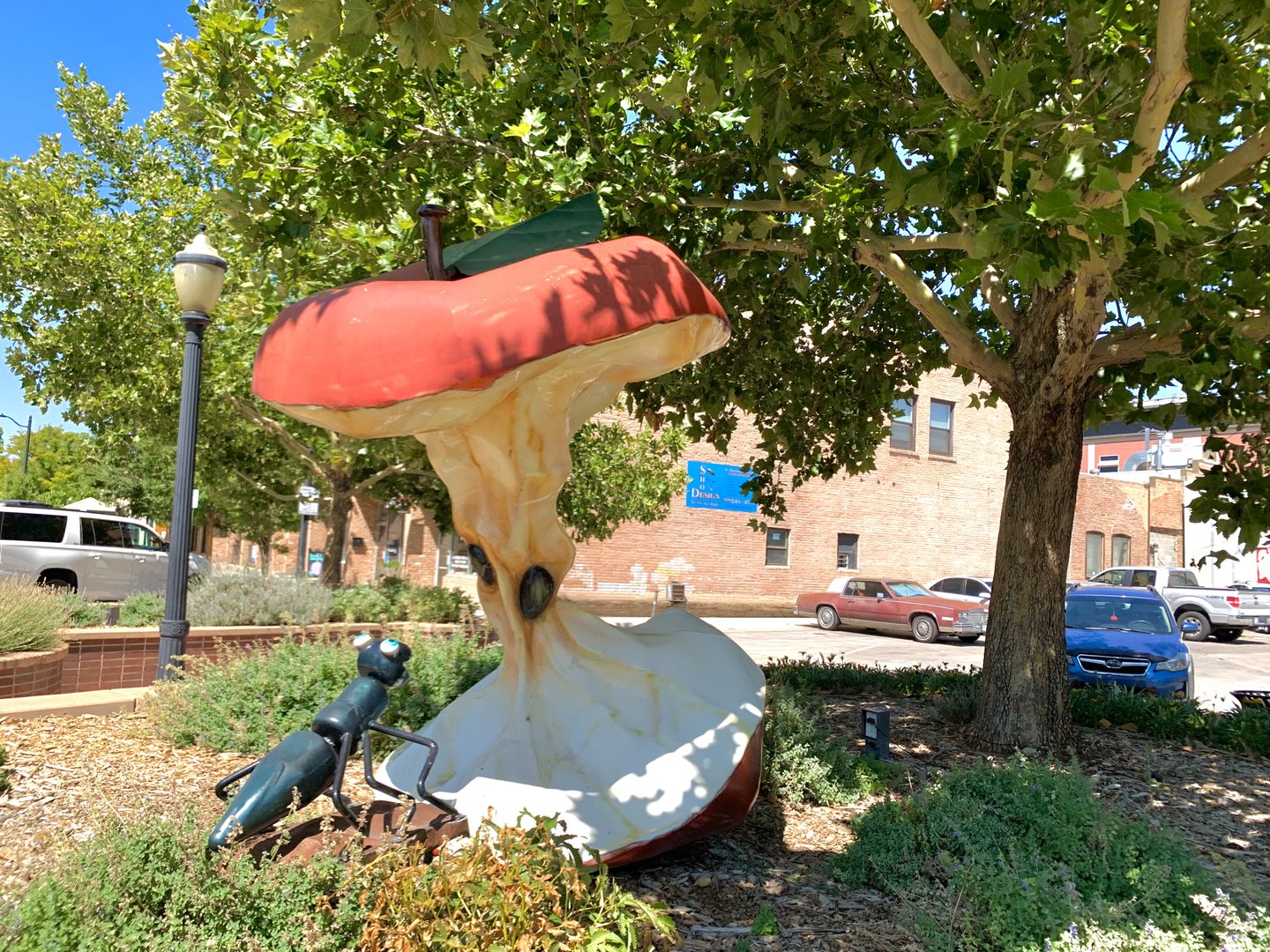 While he enjoyed what he was doing for the city of Denver, he didn’t love working in downtown Denver and fighting traffic on his lengthy commute. He jumped at the chance to move his family of five to the Grand Junction area.

It was a “big change,” but it was most certainly a positive one, which included more open space for his family — they live on a four-acre property where they tend to a garden, goats, chickens and ducks.

“On any given day you can easily head out to the 18 Road Desert, climb the Colorado National Monument, or explore the forests of the Grand Mesa and the best part is, you don't have to fight traffic and crowds of people on the way,” he said. “It just feels more like what Colorado was for me when I was growing up.” 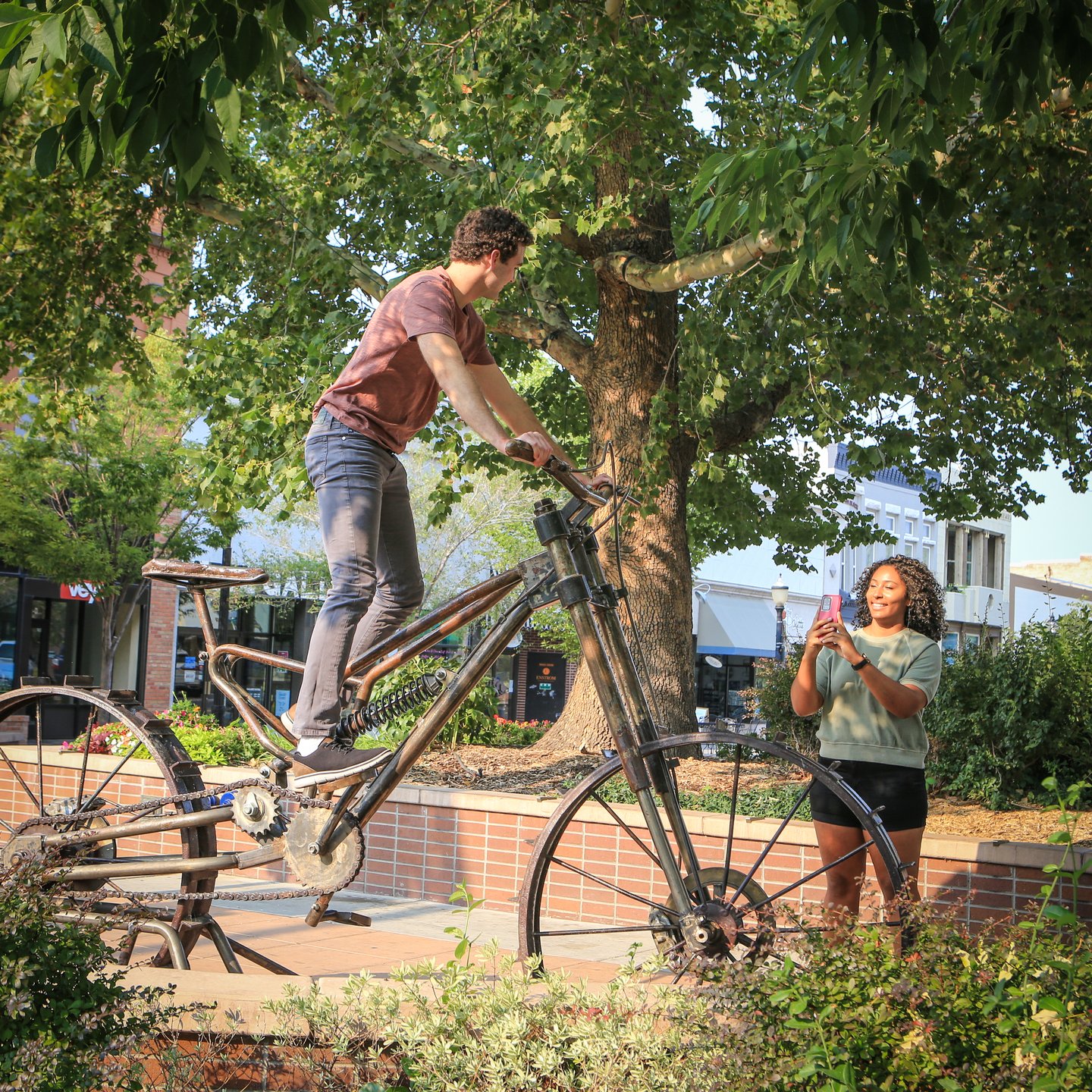 “Being able to shift gears into a smaller community that is strong, developed, and has a really high-level natural forestry program was attractive,” he said. “I used to joke that trees were things I talked about in meetings and typed about on keyboards but after coming to Grand Junction, I get to be more directly involved in the hands-on pieces and experience the outdoor element, which I thoroughly enjoy.” 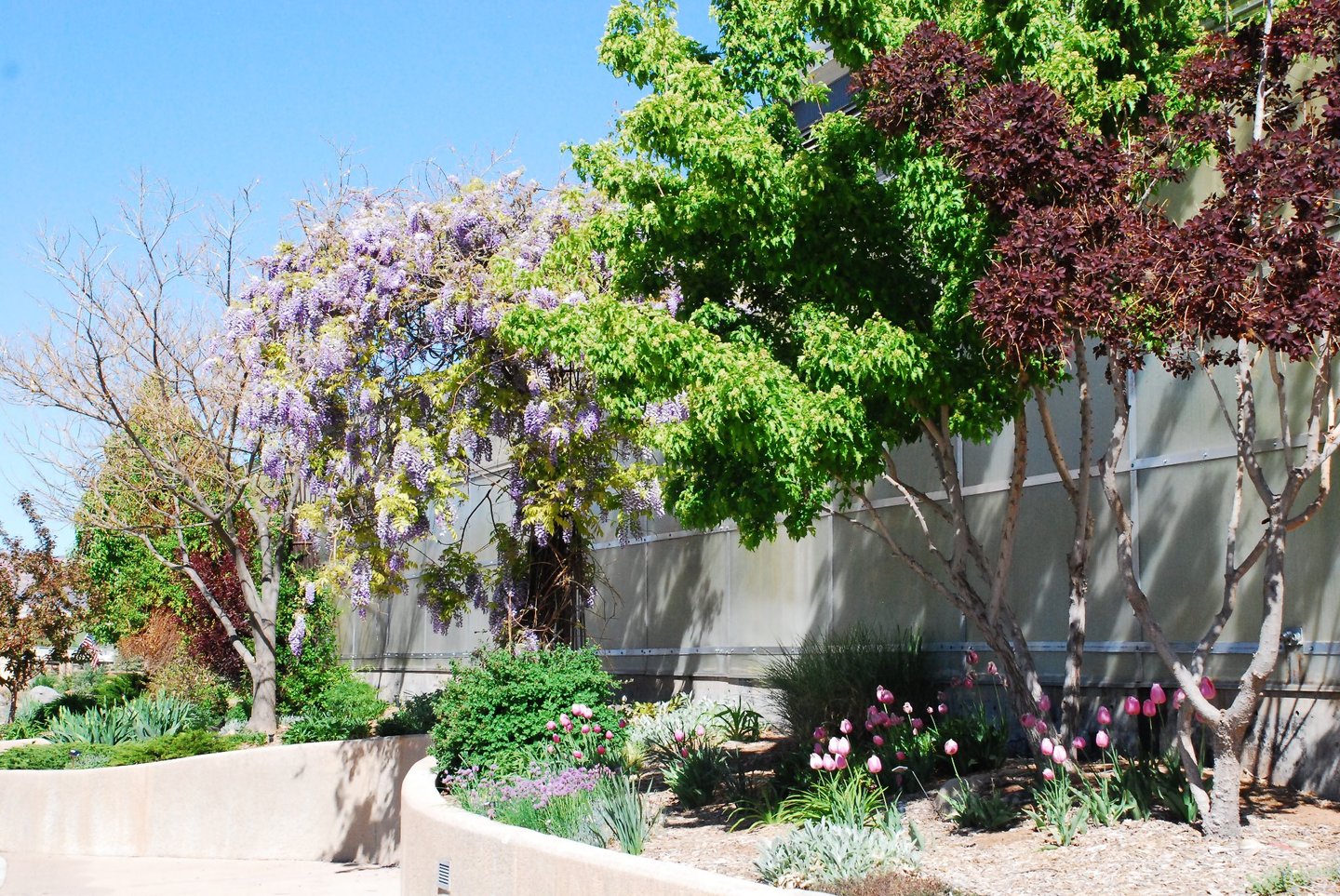 He calls the establishment of the new Kindred Reserve, Grand Junction’s first Open Space Park, one of the highlights of his career. This 37-acre park has an untouched, natural feel with 1.75 miles of dirt trails, multiple ponds, plenty of wildlife and beautiful views of the Colorado National Monument, the Book Cliffs and the Grand Mesa. Located just 10 minutes from the city, it allows residents the opportunity to get outside and improve their physical and mental health. “So many people in Grand Junction like to be outside and on trails,” he said. “There are great opportunities to build on our already expansive trail system here and make places where people can get out and be recharged by nature.”

In 2019, Rob helped complete a tree canopy assessment to better understand the value of urban trees. Grand Junction’s tree canopy — a measurement of the tree leaves, branches, and stems that provide coverage of the ground when viewed from above — covers 11% of the City’s land area and is valued at a whopping 1.1 billion dollars. The study helped to paint a picture of the city’s tree health and assisted the department in mapping out the canopy goals for Grand Junction with a look to the future. 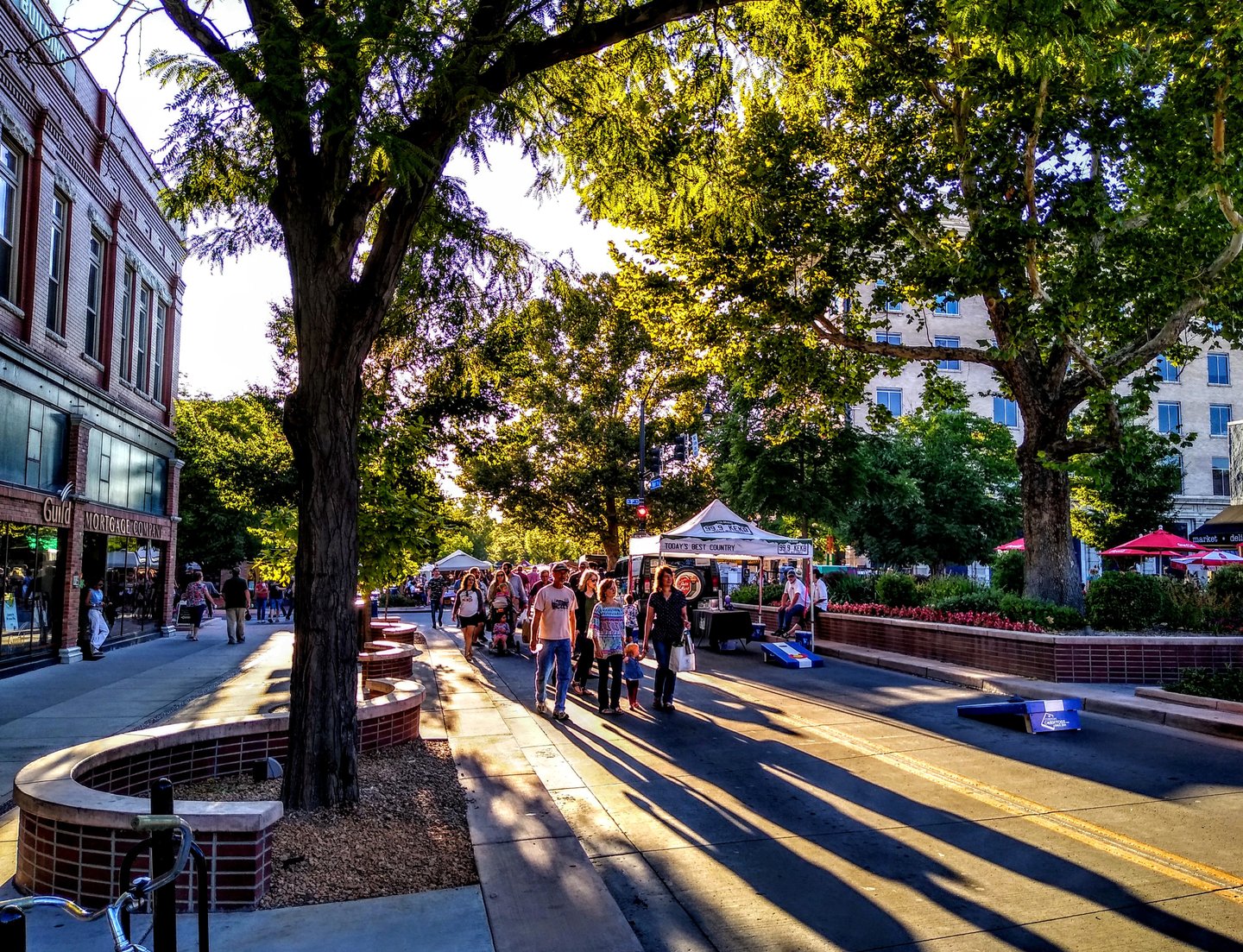 “The thing about forestry is everything you do is this very long-term impact,” Rob said. “You don’t plant a tree for yourself, you plant it for your kids and for the future.” When it comes to planting new trees, it’s important to plant what Rob calls “climate-appropriate trees” — trees that aren’t necessarily native but are tough, drought-tolerant, and require a reasonable water regime. Trees that fall in that category, like Texas red oak, Gila Monster gamble oak, and Chinese pistache, are given out to residents for free every April as part of the city’s Southwest Arbor Fest celebration, which is set for April 23rd this year. More than 1,000 seedlings will be given out to residents at Arbor Fest as well as delivered to Grand Junction residents who sign up the week before the event when the city posts the opportunity on social media.

Rob is grateful to work for a city that advocates for and values trees in the same way he does. “Grand Junction’s tree canopy is the living green lungs of this area, silently pulling carbon from the atmosphere and producing oxygen, shading and cooling the city, and increasing property values in neighborhoods,” he said. “It’s easy to love a city that is beautiful like Grand Junction and the natural spaces, parks and tree canopy continue to drive the aesthetics and livability of our community.”

The City of Grand Junction has numerous job opportunities available and more positions are being created in the near future. Check out available job openings or fill out a job interest card.