Dive into History at the Museum of the West

The Old West was a wild place. From cowboys and outlaws, legends and myths, boom towns and busts, the West has undoubtedly earned the title, Wild. You can rediscover all that history in Downtown Grand Junction at the Museum of the West. 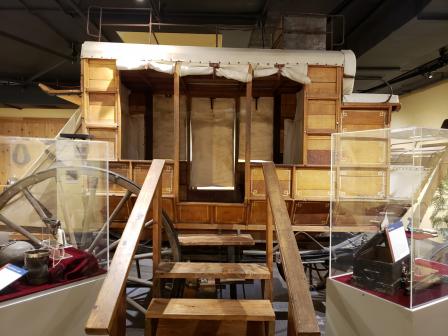 For many in the Old West, there was no tool more important than one’s pistol. Cowboys counted on them for protection, outlaws used them in robberies and sheriffs relied on them to keep the peace. A pistol can tell a story, and the Museum of the West has one of the largest historical firearm collections in the country.

Buffalo Bill and Annie Oakley were famous across the United States. Their Wild West shows and sharp shooting displays entertained thousands of people. When their traveling show visited Grand Junction in September 1908, over 10,000 people were in attendance. A set of pistols given to Annie by her husband can be seen, as well as one of Buffalo Bill's revolvers. It is believed that in his later years, Buffalo Bill started loading his revolvers with birdshot to make sure he could hit targets during performances. 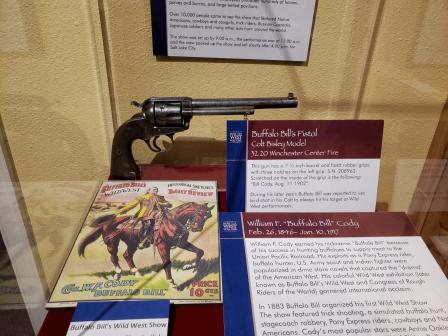 A revolver belonging to Kid Curry is also on display at the museum. Kid Curry ran with Butch Cassidy’s wild bunch and was one the gang's top men. In fact, in the famous photo, Fort Worth Five Kid Curry has his arm resting on Butch's shoulder. Curry was believed to have been killed in a shootout with law enforcement and the Pinkerton Detective Agency, but his family later claimed he managed to escape. Allegedly, they received a letter that Curry had fled to South America with Butch Cassidy and the Sundance Kid, only to die after being kicked in the head by a mule. 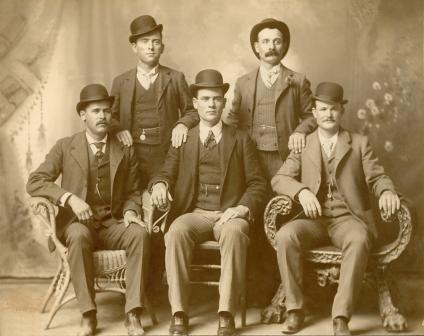 Perhaps most notable, are two pistols that belonged to Alferd Packer, Colorado’s infamous prospector-turned-cannibal. Packer and several other men tried to cross the San Juan Mountains in the middle of winter, fearing that if they waited for summer to venture to Breckenridge they would miss out on the best gold claims. It didn’t take long for the party to become stranded in the high snows of these jagged mountains. Allegedly, Shannon Bell, one of the party members, killed the four remaining members before attacking Packer. Packer said he shot Bell in self-defense, but admitted to eating his fallen party members in order to survive the next two brutal winter months.

One pistol was discovered at the site in the San Juan Mountains where Packer and his party became stranded. Many years later, forensic experts were able to confirm that the bullets still in the gun's cylinder were a match to the bullet found in Shannon Bell’s skull. Before his trial, Packer managed to escape and spend the next nine years hiding in Wyoming before being captured by the police, where the second pistol was confiscated from him. His initials are carved into the handle. After being captured he was sentenced to 40 years in prison on five counts of voluntary manslaughter. 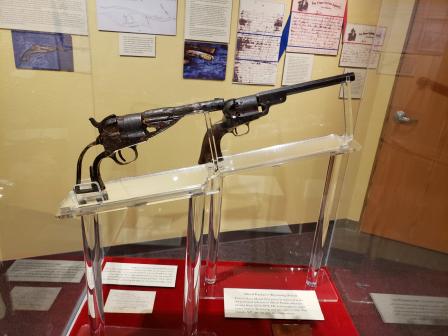 While Grand Junction might not have received much attention during the gold rush, the area certainly became a boom town in the 40’s when miners were looking to strike it rich with uranium. For a while, you could go to any restaurant in the city and buy TNT with your meal. You’d finish eating, then head back to your claim with a fresh stockpile of explosives to help clear rock and debris in the hopes of striking it rich. Town officials became worried about the stockpile of explosives in the town and had concrete bunkers made on the outskirts of town where TNT had to be stored in case there were any accidents. Some of those bunkers can still be seen today along Monument Road. To see these bunkers, head south on Monument Road from Broadway for 1 mile. There is a dirt pull off on the road and two small concrete bunkers are right off the righthand side of the road.

Many uranium miners knew nothing about geography. Instead, they just walked around the wilderness with a Geiger counter until the thing started pulsating. So high was the demand for Geiger counters that Gordon Babble founded the Uranium Engineering Company of Grand Junction where he produced Geiger counters that quickly became known for their accuracy and dependability.

The city was so committed to the mining of uranium that some of the old "Welcome to Grand Junction" signs had the radioactive uranium symbol on them. In the museum, explore this radioactive piece of Grand Junction's past with a re-creation of a uranium mine that shows some of the tell-tale signs miners looked for. One of Babble's Geiger counters and old welcome sign are also on display. 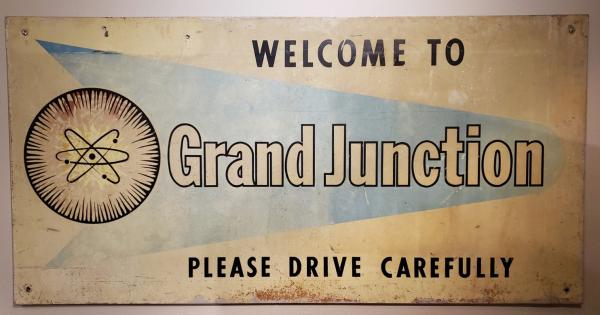 In addition to these permanent displays, the Museum of the West also rotates temporary exhibits twice a year that showcase not only the rich history of Grand Junction, but of the entire West. Check the museum website to see the history exhibits currently on display and plan to visit to lose yourself in the world of the Wild West.

Dive deeper into history on page 22 of the Grand Junction Visitor Guide!