If you consider yourself a foodie, you won't want to miss Grand Junction's biggest food festival. For 18 years, Taste of the Grand Valley has been bringing some of the most talented chefs in Grand Junction area together. On February 3, 2020, local restaurants and caterers meet under one roof to prepare their specialty dishes and serve up delicious cuisine to event attendees. 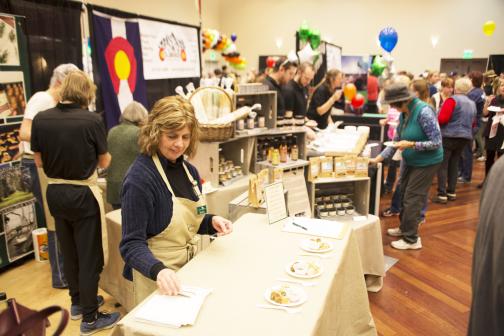 This year, twenty-two restaurants and food lovers are participating, including Ocotillo, the Zesty Moose, Be Sweet Café and Bakeshop, and the famous Enstrom Toffee & Confectionary. Bring the whole family to try as much food as your taste buds desire. Don’t be shy, eat up! 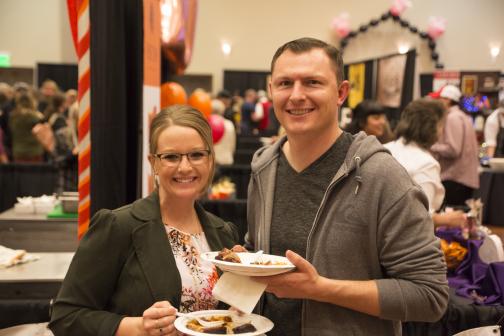 Participants aren’t just serving food, they are also competing against each other in categories like best entrée, best sweet, best overall taste, and even best booth design. There is also a people’s choice award, so cast your votes for your favorite. Cowboy and the Rose Catering have participated in every single Taste of the Grand Valley and has won the people's choice award for the best overall taste every year. Will there be an upset this year? You need to join us and see!

While you’re at Taste of the Grand Valley, stock up on gift cards to all your favorite local restaurants. Many offer gift cards for half price and other restaurants that don’t have a booth at the event have gift cards available. Double your money at Bin 707 Foodbar, Goat and Clover Tavern, Enzo’s Ristorante Italiano, and more!

Taste of the Grand Valley is proud to host a celebrity chef this year. Colorado Chef Elise Wiggins will be doing live cooking demonstrations. Elise grew up in a small town of West Monroe in Louisiana where she learned to hunt, fish, garden, and to never waste food. These early lessons became pillars of her identity as a chef. Elise has won numerous awards and accolades over the years and just recently opened her solo venture, Cattivella, located in Denver, Colorado. Over the years, Elise has gathered a cult following. She is known not only for her exquisite Italian cuisine but also for her frequently sold-out cooking classes and tours of Italy. She will also be starring in a new series premiering on PBS, Roots to Ranches, where she demonstrates her technique to finding the best ingredients in some unusual places and how to incorporate that into delicious meals.

This event is the perfect opportunity to experience Elise's acclaimed cooking style while learning a few tricks to take back to your kitchen. During her demo, Elise will be sharing tips on how she makes her time in the kitchen more efficient. She'll also be talking about the ingredients she loves to use and why they are essential to her. After her demonstration, Elise will be handing out samples of her dish, so be sure to say hi!

Every year, this popular event attracts foodies who love trying new fare while supporting a worthy cause. Taste of the Grand Valley helps raise money for United Way Mesa County, and through the years, over $400,000 has been generated for programs that support local Mesa County residents. Tickets for Taste of the Grand Valley often sell out in advance, so you’ll want to grab yours ahead of time to ensure you don’t miss out!