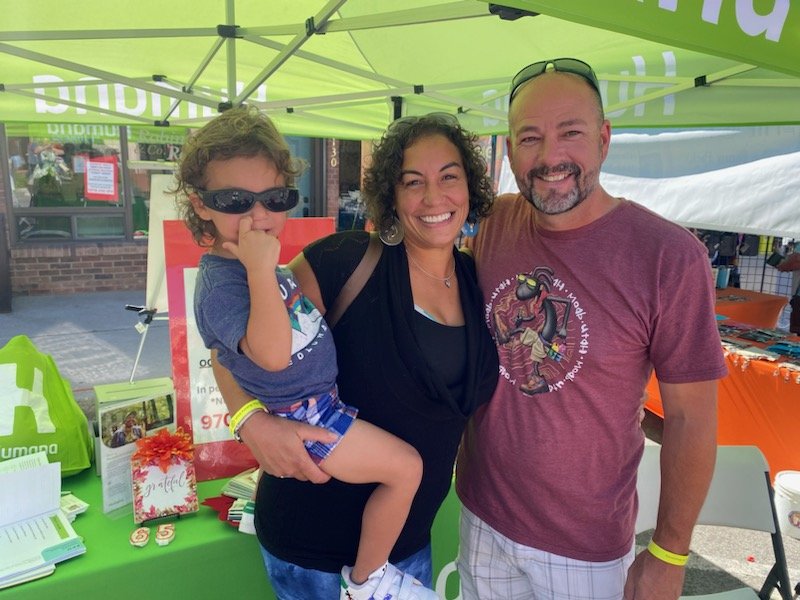 The City of Grand Junction has been a strong advocate for showcasing and promoting art within the community for decades. With over 115 outdoor sculptures and murals that frame the sidewalks in Downtown Grand Junction, to a variety of art pieces throughout the city parks, Grand Junction’s robust art scene is alive and thriving.

Art and culture was initially what attracted Marlene Godsey and her husband to Grand Junction. After researching places to relocate their family of three, moving to Grand Junction was the top choice because of the college-town feel and the natural beauty of the area. 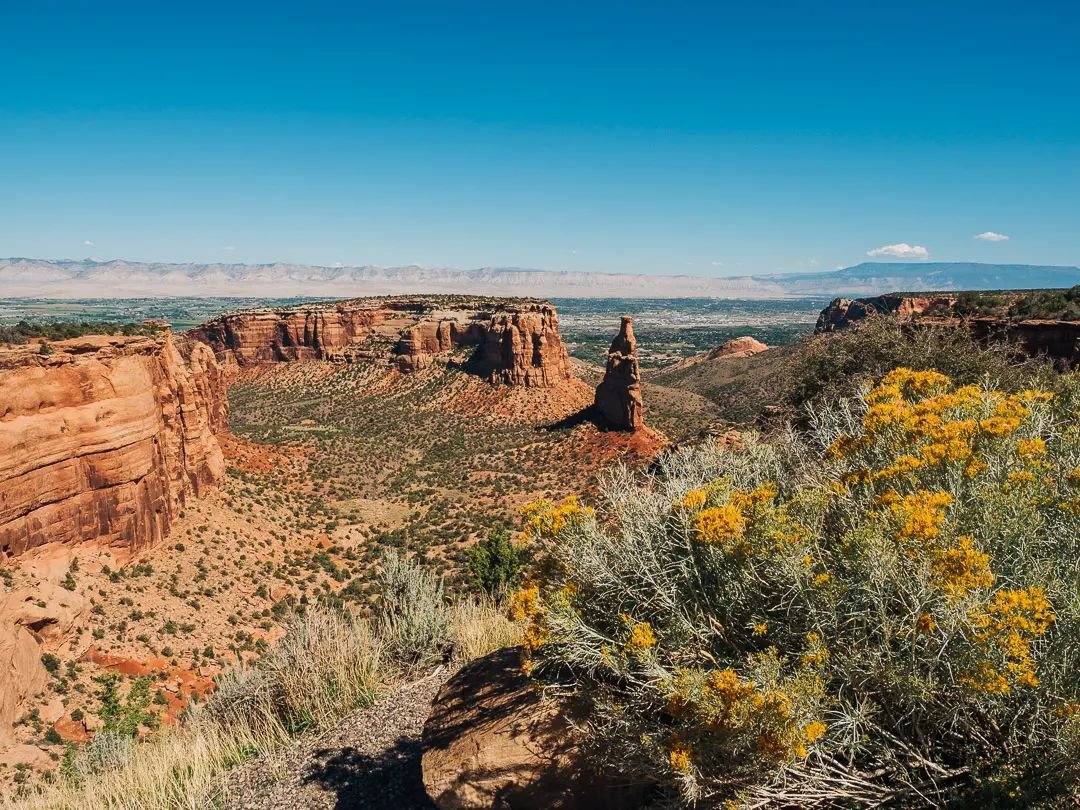 “We were looking for a place that was geographically beautiful, like Portland, but without all the rain,” Marlene said.

Due to a delayed flight on their first time visiting Grand Junction, Marlene and her family were only able to spend around 24 hours in the area, but that was all the time they needed to solidify their decision. “We were so tired when we first arrived in Grand Junction that we slept half the day and we were only able to go out to dinner,” she said. “But we thought the mountains were gorgeous and we loved the high desert environment.” 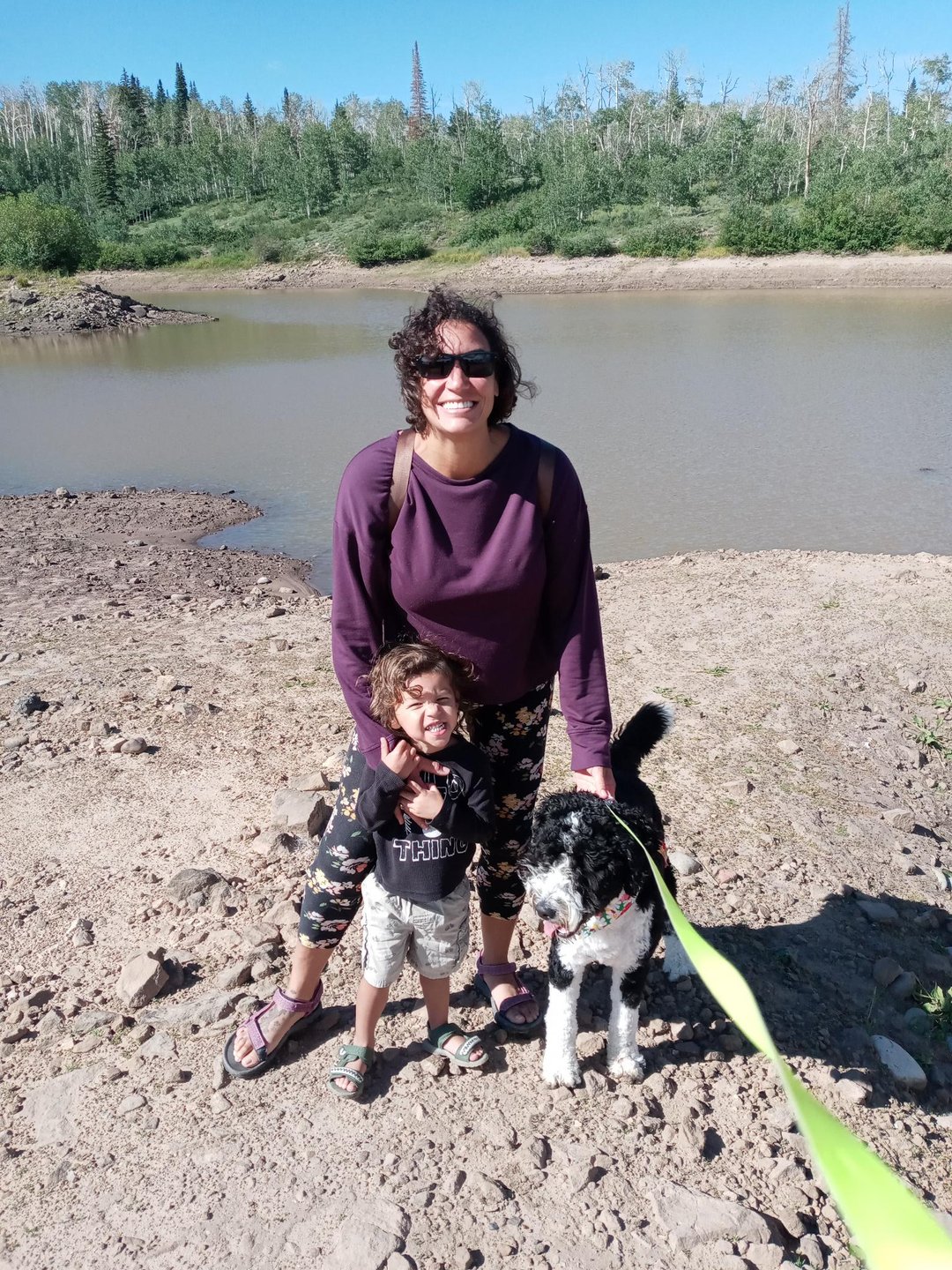 The couple moved from Portland, Oregon to Grand Junction in January 2022. At that time, Marlene didn’t have a job but she trusted that a great opportunity would present itself.

A day after relocating to Grand Junction, a full-time position coordinating arts & culture and senior programming for the City of Grand Junction opened. Serendipitously, this was exactly the work Marlene had been doing in Oregon for 13 years. “Things happen for a reason,” Marlene said. 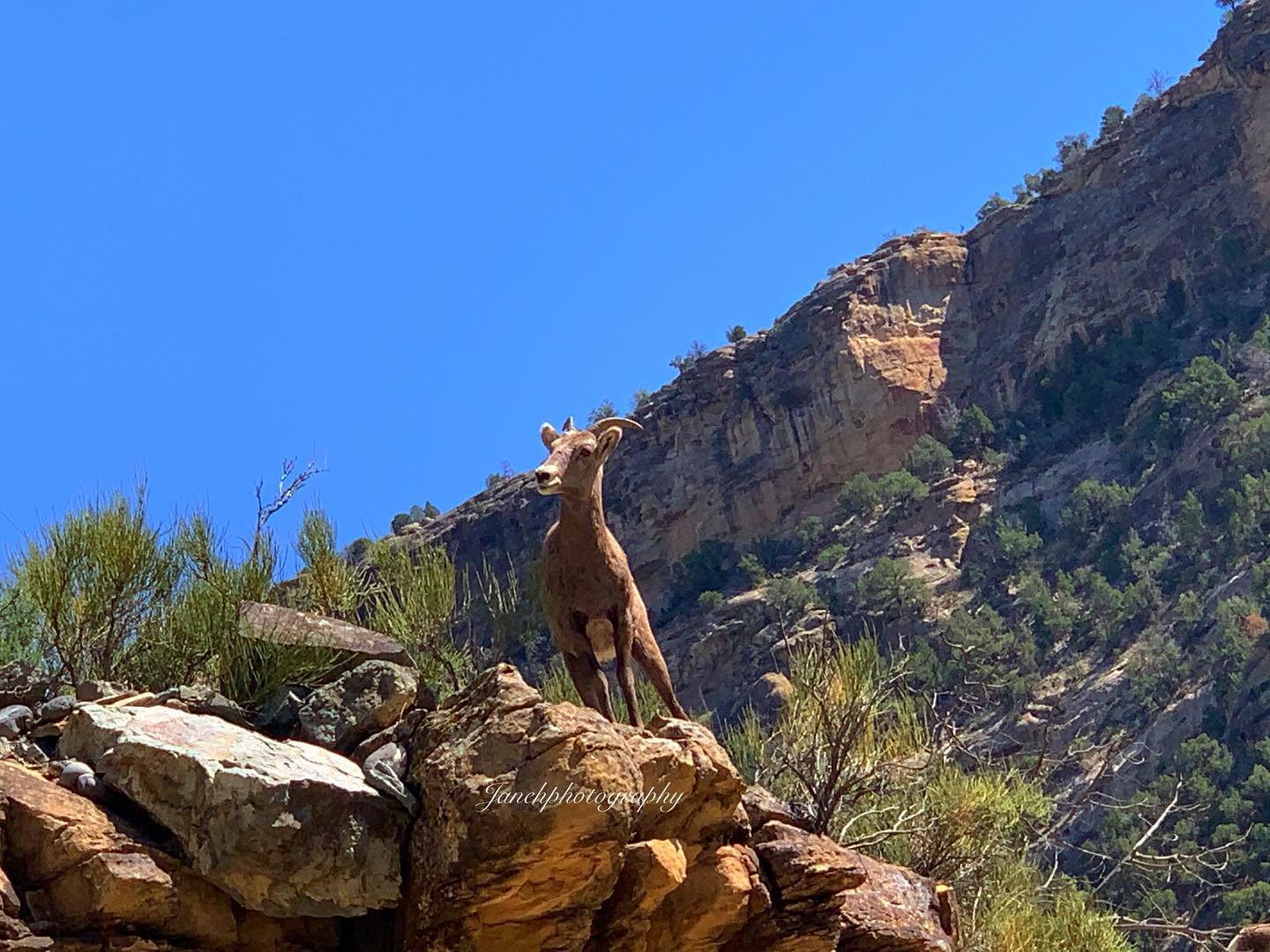 Moving to Grand Junction has been a smooth transition for the couple, including buying a house and their son started attending a farm-inspired daycare. After living in the Pacific Northwest, the only adjustment, Marlene said, was getting used to the dry heat. During the summer, they really enjoyed taking their camper to higher elevations and cooler temperatures on the weekends. “The Grand Mesa is amazing,” Marlene said. “In less than an hour’s drive, you’re in a totally different environment.”

They’ve been pleasantly surprised by the warm, temperate fall temperatures. “We’ve never been able to camp this late in the year,” she said. “We’re hoping to camp into November. We just went (in early October) and the weather was absolutely perfect. It was amazing.” 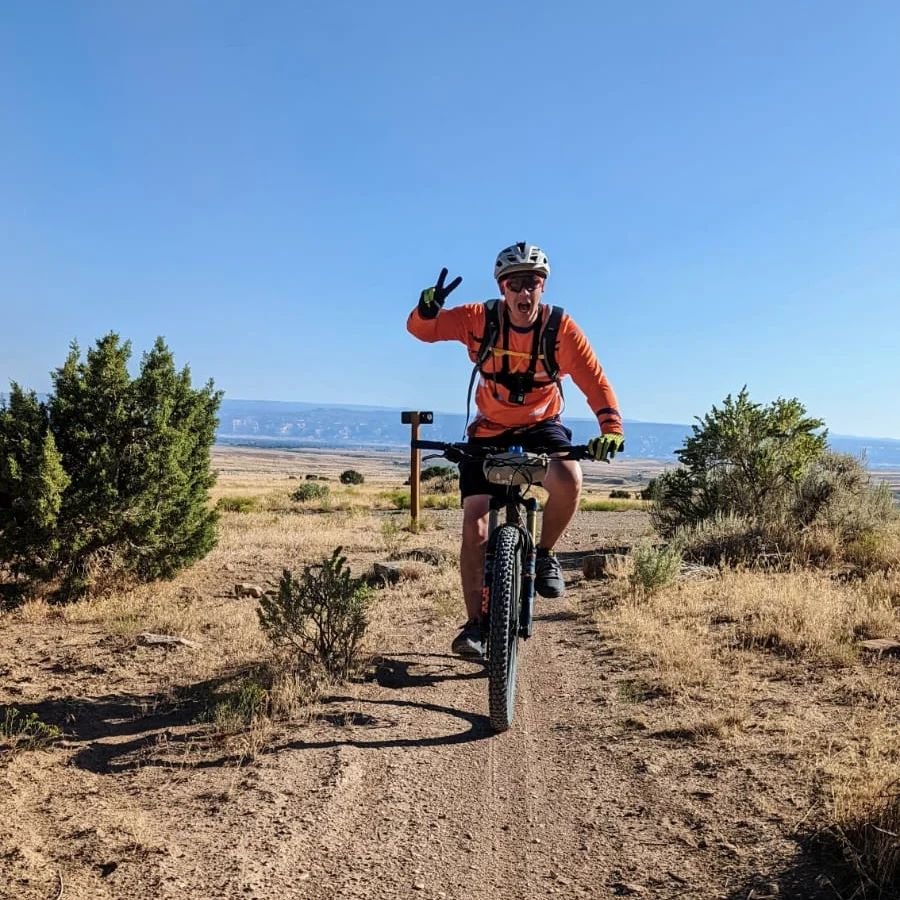 Along with enjoying the many outdoor recreation activities in the area, Marlene is pleased with her new position at the City of Grand Junction. Half of her time is focused on art and cultural programming, guided by the Cultural Strategic Plan. The updated plan, adopted by the City of Grand Junction’s Commission on Arts & Culture shortly after Marlene arrived, aims to enhance the art scene in Grand Junction by focusing on performing arts opportunities to complement the City’s already thriving visual arts.

“In Portland, it was mainly performance arts, but here I keep hearing ‘there’s not enough dance or performances,’” Marlene said. “It’s a great way for people to watch and learn about other cultures and the educational and community-building piece really brings people together.” 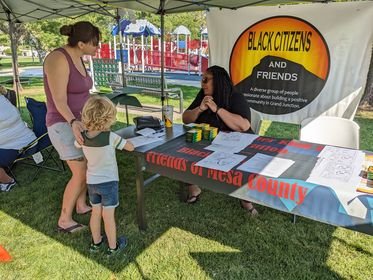 “There’s a lot of focus on creating new relationships, reaching new populations, and being aware of equity,” she said. “It’s awesome for me because that’s what I specialize in. It’s so refreshing to be in a community where that’s a desired focus.” 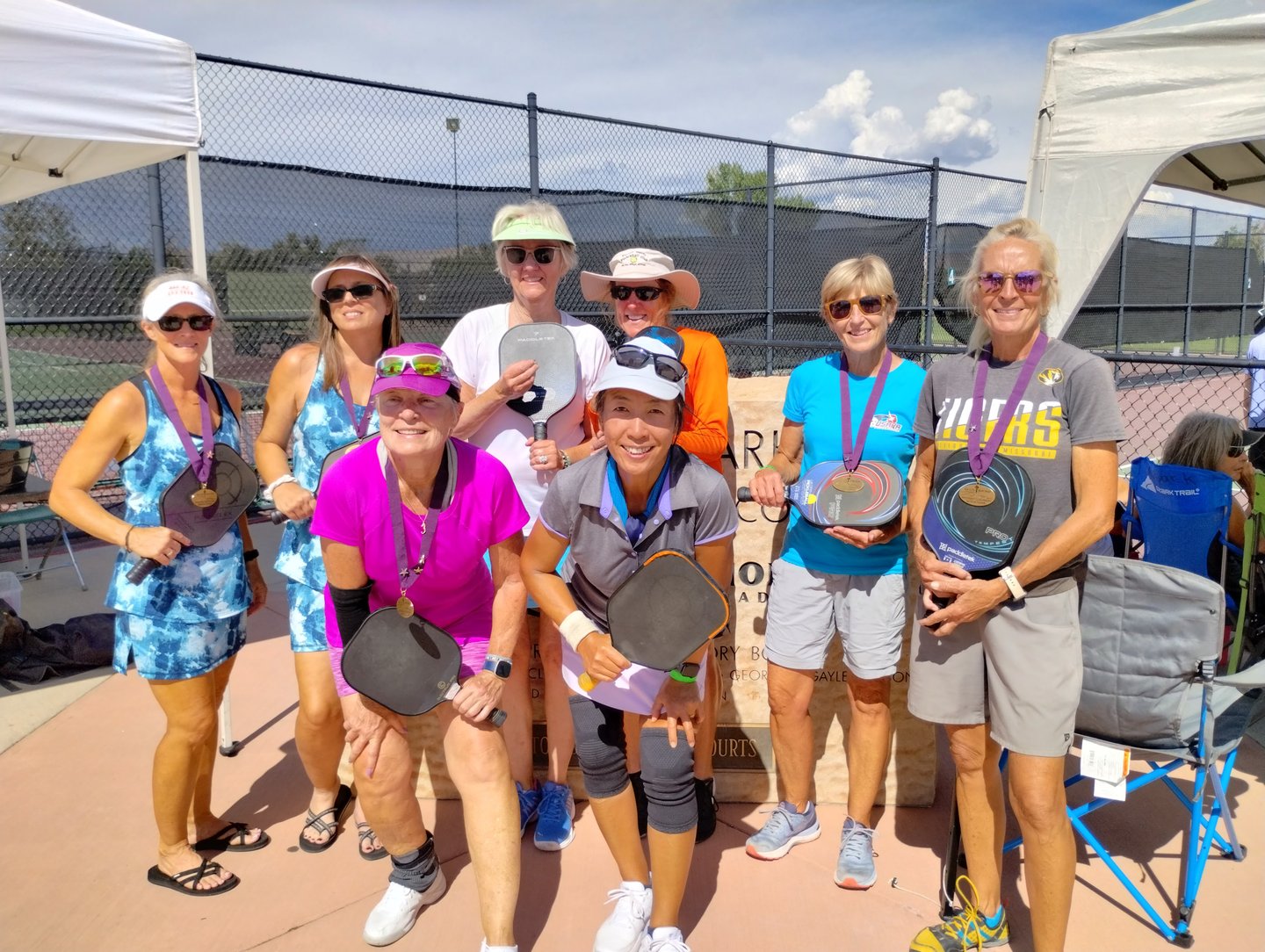 The other half of Marlene’s time is devoted to organizing senior programming based on resident surveys and current trends. This includes developing helpful classes at the senior recreation center, like computer training, smartphones and other technology, which came about at the request of adult residents. She also coordinates a weeklong competition called the Senior Games, which brings 50+ year old athletes from all over the country to Grand Junction.

“I’m never bored at work,” Marlene said. “And I’m starting to find my people and my footing. I’ve truly met some amazing people in Grand Junction.”