Baseball has a way of bringing people together. Comradery is forged between strangers supporting their favorite team. Afternoons fill with excitement as the crowd cheers following the thunderous crack of a grand slam. Evenings take on an electric glow as the field lights up with beaming stadium lights while competitive athletes step up to the plate. Grand Junction loves America’s favorite pass time, and we can prove it. 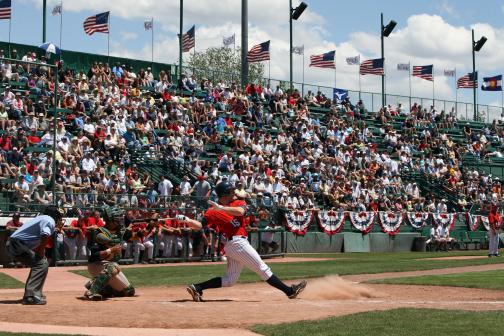 Every year, for over 60 years, Grand Junction has hosted the Junior College Baseball World Series, JUCO for short. Athletes from all over the country gather during the last week in May for this week-long tournament. JUCO is held at Suplizo Field, a baseball stadium in the middle of Grand Junction, only a few minutes from I-70 and Downtown Grand Junction.

Thousands of fans gather to watch the nation’s best faceoff against pitchers who often throw in the range of 80 – 96 mph. Suplizo Field holds about 7,000 people, providing an intimate sporting experience and there isn’t a bad seat in the house. Load up with refreshing drinks, snacks, hot dogs, or a JUCO favorite, the Navajo Taco – soft fried bread piled high with ground beef, beans, salsa and sour cream.

The Junior College Baseball World Series is more than just a tournament and the players are competing for more than just a trophy. It’s a stage for athletes who have earned the right to walk out on this field to display their athleticism after hundreds of hours of practice and regional games. Every pitch, catch and swing is critical as teams battle to advance in the tournament, and more importantly, prove they have what it takes to make it in the big leagues – because it’s not just fans who are watching. Major League Baseball scouts are in the crowd too. They’re observing players, taking notes and measuring pitching speeds. This extra accountability makes the games even more exciting! 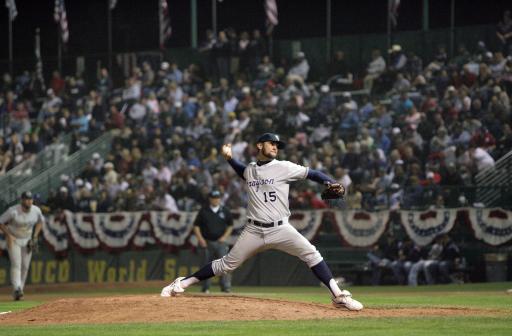 With ticket prices as low as $10.00 per game, or $35.00 for a tournament pass that includes all the games, JUCO is the perfect way to spend some quality time at the ball field with friends and loved ones. After the sun goes down on the last day of games, JUCO celebrates with a firework show so be sure to stick around and watch the sky light up!

The Junior College Baseball World Series is one of Grand Junction’s most beloved traditions. Its history is filled with stories of triumph and overcoming the odds. JUCO athletes have gone on to play in the MLB; for example, in 2018, Monroes Justo was picked up by the St. Luis Cardinals, Pitcher Keaton Winn was picked by the San Francisco Giants, Pitcher Sean Chandler was selected by the Texas Rangers and Edmond American was drafted by the Chicago Cubs.

This year’s tournament will prove to be even more exciting with fresh new talent that scouts will have their eye on. Start planning, the last week in May will be here before you know it! 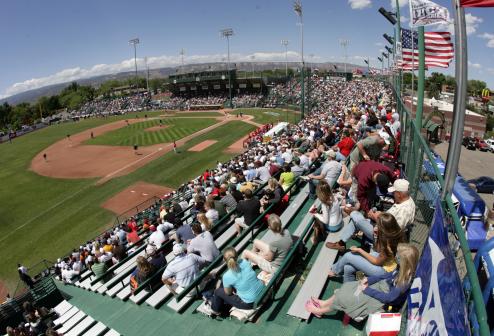 Want to learn more about the different sporting events you can attend? Check out page 24 of the Grand Junction Adventure Guide.