Previous Pause Next
1 of 5

Hunt or fish in or around the Grand Junction Area

The tree-studded skylines that form much of the Grand Valley's horizon hold more than just Colorado's scenic beauty. Thousands of deer, elk, moose, desert bighorn and other game live in those mountains, and Grand Junction serves as the region's basecamp for many of the hunters each year. 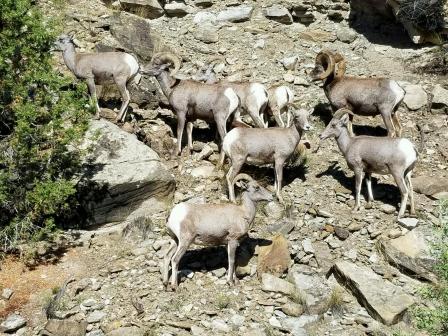 Grand Junction is the center of the hunting and fishing universe, with unmatched hunting opportunities within a two-hour drive in almost every direction.

The largest migratory herd of elk in North America is found in the White River National Forest, while some of the best trophy hunting in Colorado lives on the Uncompahgre Plateau. On top of all that, Grand Mesa National Forest provides easy access to healthy mule deer and herds of elk.

There’s no shortage of big game and no shortage of hunting land either. Between 70 and 80 percent of the land in western Colorado is public, which means lots of wide-open spaces, sage-blanketed flats and timber-covered ridges where hunters can roam. As always when hunting, be careful and watch for private land that is near public land. Come prepared and know the boundaries.

Regular rifle seasons for deer and elk are by far the most popular and attract the greatest number of hunters to Colorado's high country. Deer and elk seasons for rifle hunters begin in October and last through mid-November as well. 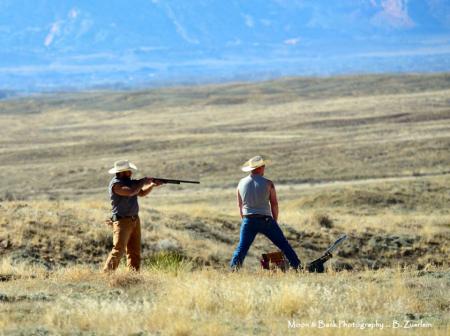 The price of licenses varies according to species and whether or not the hunter is a Colorado resident. Some licenses are available by drawing only, and hunters must apply well in advance (by early April) to have a chance at them. If you didn't apply for the draw, keep in mind that Colorado Parks and Wildlife (CPW) has an unlimited number of over-the-counter licenses available, either through the agency's website, at one of their local offices or at one of the seven hundred license vendors found throughout the state. After the season opens, most OTC licenses can only be purchased at a CPW office.

In addition to deer, elk, pronghorn, black bear, and several other species, CPW is offering a growing number of limited moose licenses. Using sportsmen's dollars, CPW has worked for years to establish a moose herd on Grand Mesa, with great success. The growing population has allowed the agency to offer a bull moose season since 2009, and most recently cow seasons have become available, a sign that the herd is healthy and growing. Great news for hunters and wildlife watchers alike!

The Colorado River runs slowly through the Grand Valley, making it an attractive stopping place for ducks and geese — and, in turn, bird hunters. Goose and duck hunting season runs roughly from mid-November to February.

The state manages several state wildlife areas along the Colorado River around Grand Junction and the areas have hunting blinds that are open for hunters to use on a first-come, first-served basis.

Whether your preference is fly fishing or ice fishing, the Grand Junction area is a great place for anglers to wet their lines during the winter months. Some of the most popular fly-fishing streams in western Colorado, including the Frying Pan and Roaring Fork rivers near Basalt, have open, fishable water for much of the winter.

High-quality ice fishing can be found on the frozen lakes atop Grand Mesa, at Vega Reservoir near Collbran, Rifle Gap Reservoir near Rifle and Blue Mesa Reservoir between Montrose and Gunnison. All are easily accessible and within a two-hour drive from Grand Junction. 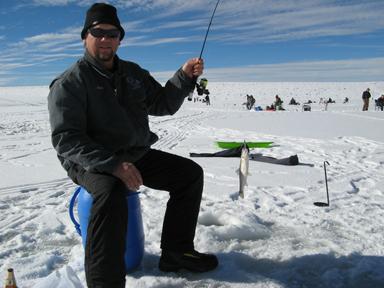 Services for hunters and anglers

Because many of western Colorado's prime hunting and fishing areas are so close to the Grand Valley, Grand Junction is considered a service center for sportsmen in the region.

Along with a wide assortment of hotels and restaurants, Grand Junction is home to several well-stocked sporting goods stores, including Cabela's at Mesa Mall, Jerry's Outdoor Sports at 507 30 Road and Sportsman's Warehouse at 2464 U.S. Highway 6 & 50.

Local game processors can turn your deer or elk into a variety of tasty meats, too. Processors in Grand Junction include Old World Meat Co. at 1765 Main St. and Orchard Mesa Market at 176 29 Road. Check out Keys Guide & Outfitting for all your guided hunts in the Grand Junction area. From elk and mule deer to turkey and desert sheep, Keys Guide & Outfitting can help you land an impressive mount.