Previous Pause Next
1 of 3
The Grand Junction area has the highest concentration of wineries in the state, but the area is pouring more than just vino. Craft beer and locally made spirits have found their niche in Grand Junction, too, and you'll find beverages that suit a variety of palates. Stop by any of these breweries or distilleries for a taste of the area.

Since opening its doors in 2005, Kannah Creek Brewing Company has grown into one of the most popular craft breweries in Grand Junction. Locally owned and operated, Kannah Creek’s mission is to create top quality craft beer and they're succeeding. “The Creek,” as it has come to be known, is the perfect spot to grab a pint and enjoy a good meal. Try one of their flagship beers such as Lands End Amber Ale or the Standing Wave Pale Ale, both of which have placed at the World Beer Cup and Great American Beer Festival. Or, ask your server or bartender about the seasonal offerings that rotate throughout the year. 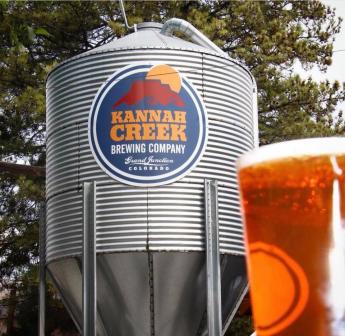 High demand for Kannah Creek beer allowed the company to open a second location in May 2013, called Edgewater Brewery, or “The Edge” for short. It features a German-style brewing system, bar, grill and dining area. You’ll find the same craft beer varieties served at The Creek, but a slightly different menu, just to keep things interesting. In the spring and summer months, take your beer outside and relax on the patio and large grassy lawn. Play yard games like cornhole, ladder golf and washers, or just sit back and take in the beautiful views of Grand Junction. If you want an insiders look at the beer-making process, Edgewater offers free brewery tours by appointment; call 970-243-0702 or email [email protected] to book a tour. 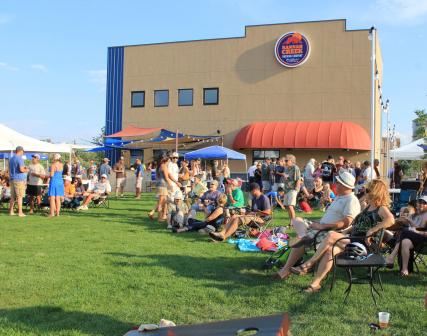 A Grand Junction staple since 1994, Rockslide has been serving up handcrafted brews and mouth-watering food for 20 years. Join in the celebration at one of two — yes two — happy hours every day. Early birds can grab some drink and food deals from 3–6pm, while the night owls swoop in for some late night gnosh from 10pm–12am. Not sure what to order? Rockslide has a number of year-round and seasonal beers on tap. Go for the medium bodied Rabbit Ears Amber Ale or opt for something bold like the Big Bear Stout. All beers pair nicely with menu items like the Rockslide Calzone or the Peppered Sirloin. 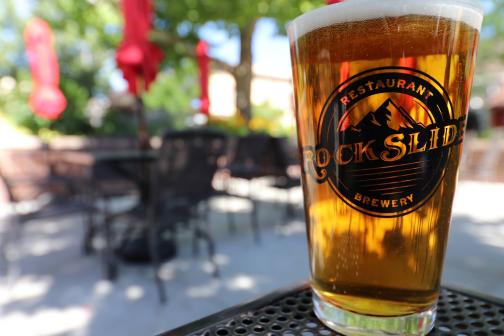 It’s all about beer and good times at Palisade Brewing Company. There’s no shortage of intriguing brews and live entertainment every week. Stop by on Tuesday nights for Blues Jam and $1.50 tacos, or fly on in for some 50 cent wings on Wednesdays. Live music, movie screenings and other special events take place on Friday and Saturday nights. And don’t forget the beer. They strive to deliver distinctive brews, adding twists to each creation so you know you’re drinking something special. Reach for a Dirty Hippie dark wheat beer or a Soul Shakin' Imperial Red, sit back and take it all in. 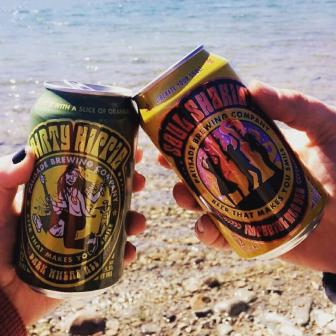 For some of the best small-batch spirits in Grand Junction, head to Peach Street Distillers, the oldest locally-owned distillery in Colorado. Peach Street produces spirits using produce grown right in the Colorado High Country, which makes for some “eye-widening flavors.” Grab a stool in the tasting room and sample all the spirits straight up or mixed in a signature cocktail. If you’d like a backstage pass to the distilling action, tasting room tours are available Fridays and Saturdays at1pm, 2pm, 3pm, 4pm and 5pm; and on Sundays at 12pm, 1pm, 2pm and 3pm. You can reserve a tour spot online or just stop by and grab an open space, if one’s available. Worse case you can kick back in the tasting room with Peach Brandy, Jackelope Gin or Colorado Straight Bourbon. 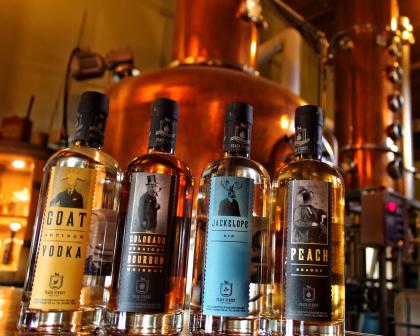 This friendly, low-key brewery and tap room has gained a loyal following of locals, visitors and mountain bikers. There is a steady rotation of seasonal beers offered alongside a few regulars such as the 18 Road IPA. Local is the name of the game here, and beers like the Aspen Street Coffee Porter are made with locally roasted beans. There’s no food on the menu, but you’re more than welcome to bring something with you — there’s a pizza place around the corner, too. A relative newcomer to the local craft brew scene (they opened in early 2013), you won’t find their stuff in stores yet, but you if you find your new favorite beer there; growlers are available for take-out.

There’s a musical motif inside Suds Brothers that includes guitars and records adorning the walls, but the real focus is their selection of beers. The Grand Junction area location is the micro-brewer’s second taproom (the original location is in Evanston, WY). Although the tap selections are always changing, the Nut Brown Ale and Amber Ale are popular choices. In addition to the beer, there’s also a full menu of burgers, sandwiches and salads, among other items. 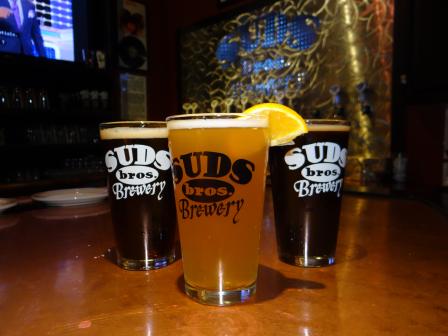 Do you have a favorite brewery or distillery in Grand Junction? Post it online and tag it with #ShareGJ.