Enjoy the Fourth of July in Grand Junction

Celebrate the week leading up to 4th of July in Grand Junction! Festivities include live music, baseball games, fireworks, and a 100-year-old Grand Junction tradition - experience all the festive ingredients to make this Independence Day memorable and unique.

Start the week off, on Monday, July 1, at Las Colonias Amphitheater with an Independence Day celebration concert put on by the United States Air Force Academy band.  This active duty band performs in distinctive ceremonial dress and is one of only two premier ensembles in the Air Force and has been in existence since 1955. Starting at 7:00 pm, this free family-friendly event will fill your spirit with patriotism and pride through their emotional and powerful sound.

There’s no better way to celebrate the 4th than by enjoying America’s favorite past time. The Grand Junction Rockies are playing three straight days of baseball leading up to the 4th at Suplizio Field. On the 2nd and 3rd, the GJ Rockies play the Rocky Mountain Vibes. On the 4th of July, they play against the Orem Owls for a special Independence Day game. Once the sun goes down, the sky over the stadium lights up with a dazzling display of fireworks. 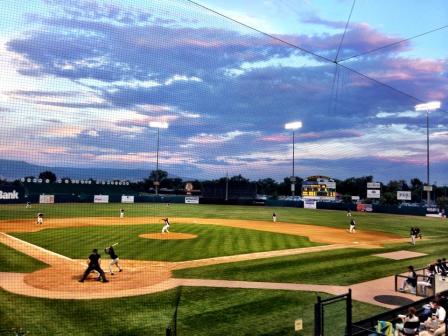 While Rockies games are always fun, you don’t need to be at the stadium to see the fireworks. Bring a blanket or chairs to Lincoln Park to lounge on the grass for a stellar view of the sky. Since Lincoln Park is right next to the stadium, fireworks will be exploding directly overhead. All you have to do is lean back, relax, and enjoy!

Also happening on the 4th is the downtown 4th of July Parade! Grand Junction’s Main Street will be closed from 1st Street to 9th Street as intricate floats, performances, and music parade through downtown. The parade will follow the twists and turns of Main Street while the roomy pedestrian-friendly sidewalks provide plenty of room to watch and stroll through downtown, famous for the over 100 high-end sculptures that weave through the streets.

Also happening on the 4th of July is an Independence Day tradition that started over 100 years ago. John Otto was responsible for sparking interest in the designation of Colorado National Monument. When President Taft formalized the land as a national monument in 1911, Otto set to work, creating a way to celebrate the Monument and the country. He worked tirelessly, creating a climbing route up the 450-foot stone tower in the middle of Monument Canyon. On July 4, 1911, Otto summitted Independence Monument for the first time and planted an American Flag at the top. He continued to climb Independence Monument every year on the 4th of July to plant the flag. 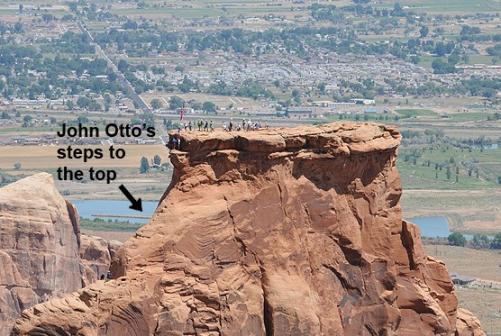 Now, every year the Mesa County Sheriff’s Technical Rescue Team carries the flag to the top of Independence. The climb starts at 7:00 am, when the temperatures are cooler, so there is still plenty of time to visit the parade and catch the ball game and fireworks later! You can watch the group climb the towering rock formation from several different spots, including Independence View, the end of Otto's Trail, Grand View, or Book Cliffs View. Bring a picnic with you to the Monument to enjoy, surrounded by some of Colorado’s most beautiful landscape, while climbers make their way towards the summit. Learn more about this grand tradition here.

There are plenty of other fun activities going on the 4th of July week, so join us in celebrating America’s independence in Grand Junction. You will be pleasantly surprised by the affordable lodging (hotels, motels, B&B’s and vacation homes), including many pet-friendly options, which the area offers.

Discover more parades and celebrations on page 38 of the Grand Junction Visitor Guide!