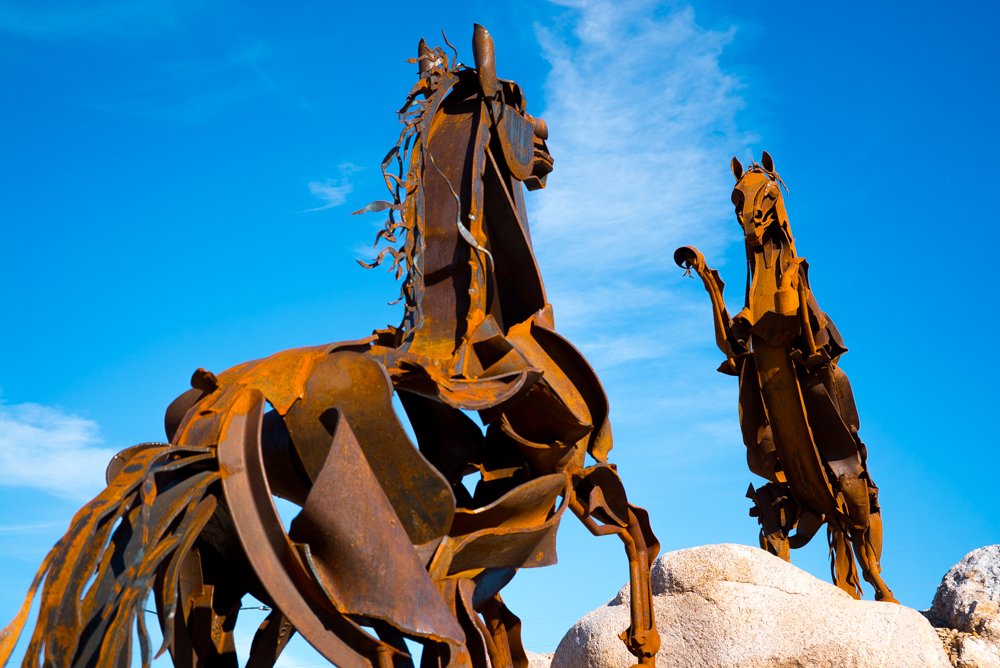 Grand Junction has more than 115 sculptures on display, many of which are located in its charming downtown district.  Thanks to Art on the Corner, sculpture art in Grand Junction is a reason in and of itself to visit the city. If you’re looking for downtown activities in Grand Junction, set aside some time to head to Main Street and take a self-led walking tour. Nab an ice cream cone or an iced drink to keep you cool while you walk among these original works of lifesize art.  Some of the temporary pieces are even for sale.

We tapped Sarah Dishong, the Downtown Ambassador Coordinator for Downtown Grand Junction, to share some of the highlights you shouldn’t miss:

1.“Chrome on the Range,” by Lou Wille 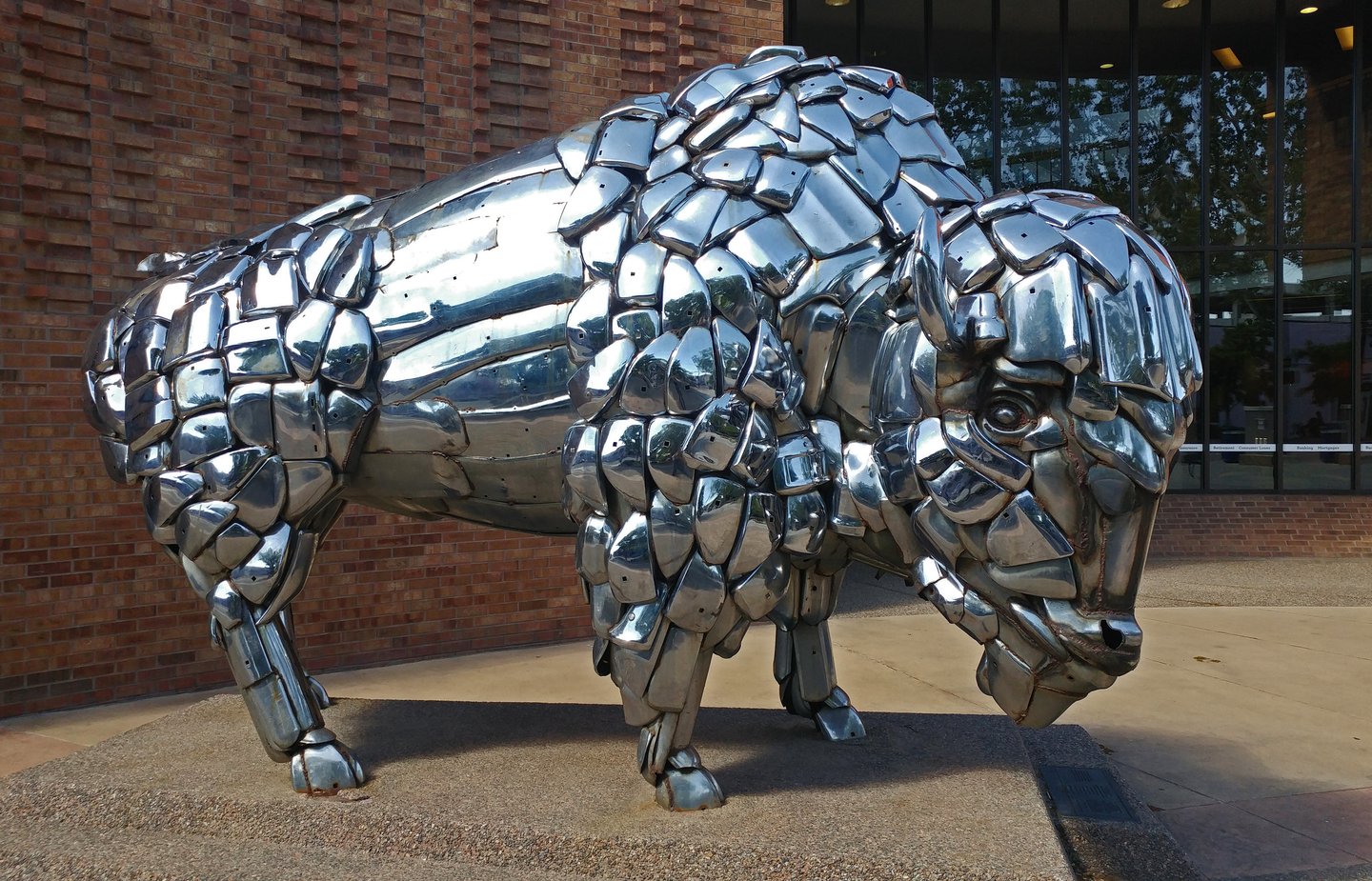 Don’t skip snapping your photo with the gleaming buffalo in front of the Wells Fargo building. Called “Chrome on the Range” by Lou Wille, the sculpture features a steel frame covered with polished chrome car bumpers. The polished bison is one of 200 Colorado attractions listed by Roadside America.

Location: Near First and Main Street 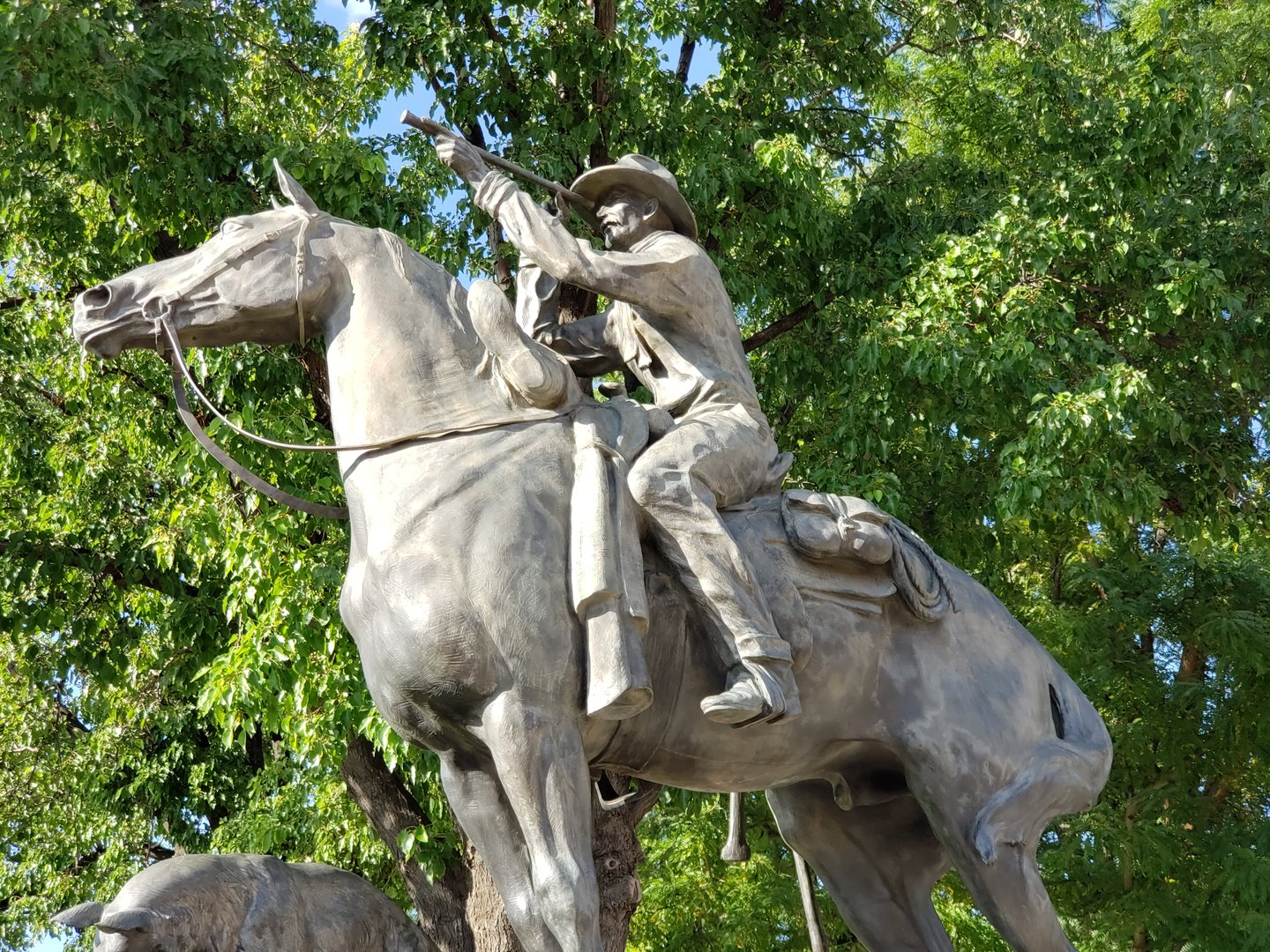 Installed in 2011, this bronze sculpture is an ode to John Otto (1879-1952), a legend in Grand Junction. Otto was a pioneer; trail builder, advocate and the very first superintendent of the Colorado National Monument. He fell in love with the jagged canyons and worked tirelessly to gain national recognition for the ancient canyons and towering monoliths nestled in what locals call “the national park you’ve never heard of,” all thanks to Otto. 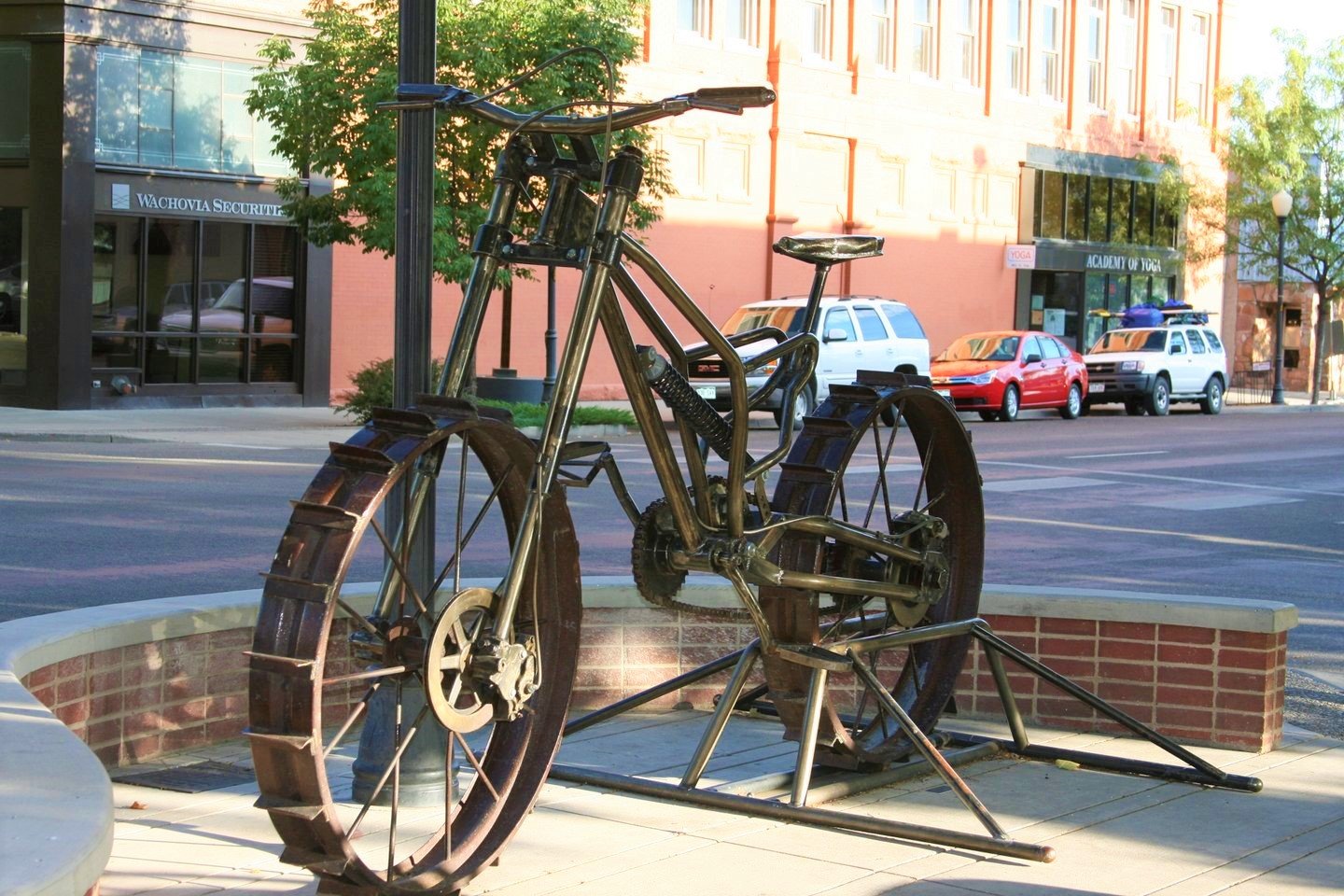 What better way to pay homage to Grand Junction’s biking culture than with this giant welded steel bike? Donated by the artist, Grand Junction resident Alvin Sessions, in 2006, the piece exemplifies extreme freedom and human-powered transportation, and, best of all, you’re allowed to climb on it. Perfect photo op here! 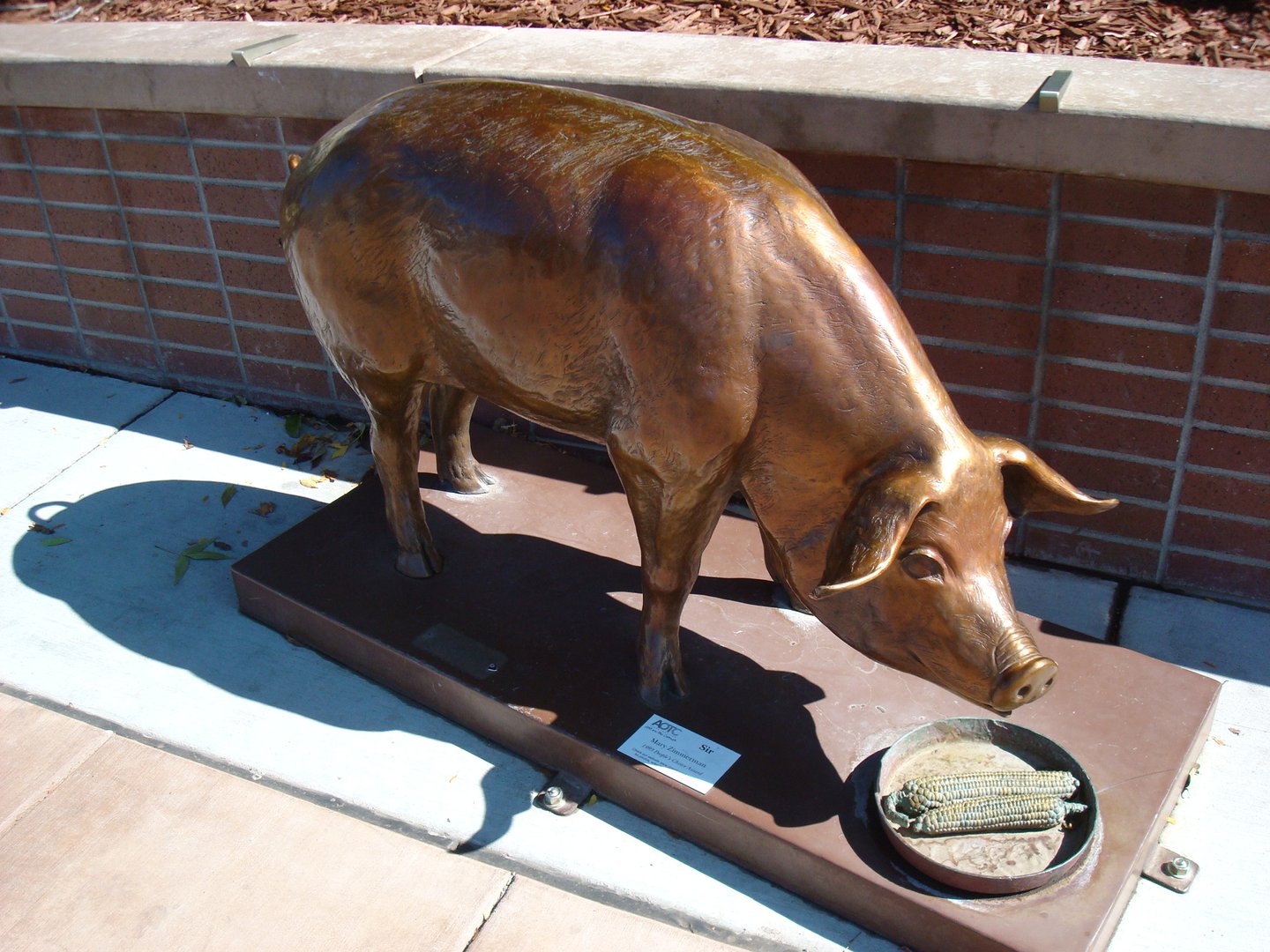 If only this pig could talk. The life-sized bronze pig statue used to be an actual piggy bank and was stolen in 2007. Thankfully, it was recovered and repaired. While you can’t put coins in it anymore, you can sit on it for a cute selfie. And it's a fun reminder that saving money is a good thing!

Location: Just east of the southeast corner of Fifth and Main Street 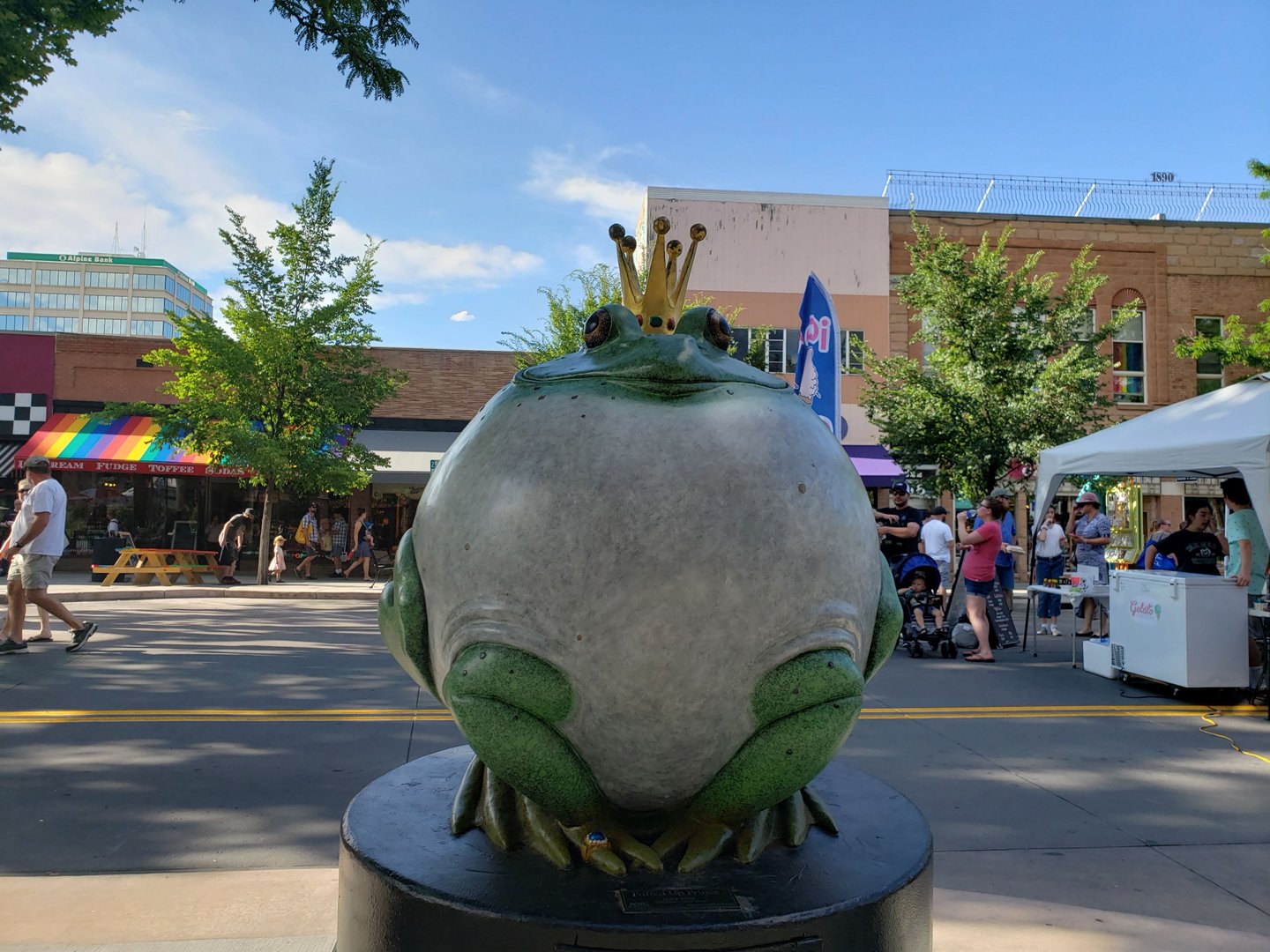 Artist Gary Price created this whimsical sculpture after a large frog visited his studio. Each time he touched the amphibian, it puffed up, inspiring Price’s first spherical creature. There are four sculptures by the Utah artist scattered around town but this regal sculpture might be the most beloved. In fact, the piece was loved so much the artist had to remove it and refinish it before returning it to its spot.