With over 1.5 million acres of public land in a county that is bigger than Rhode Island and Delaware combined, it’s no surprise that Grand Junction is an outdoor recreation mecca and dramatically different than any other destination you have visited. From Colorado National Monument, which is considered as majestic as the other national parks in Colorado but without the crowds, to the second-largest concentration of arches in North America, to the world’s largest flat-top mountain with over 300 lakes - you have unique options to choose from, all of which are in close proximity to Grand Junction. If you have checked these famous hot spots off your bucket list, then you might be yearning for hidden gems in the area. Well, look no further! 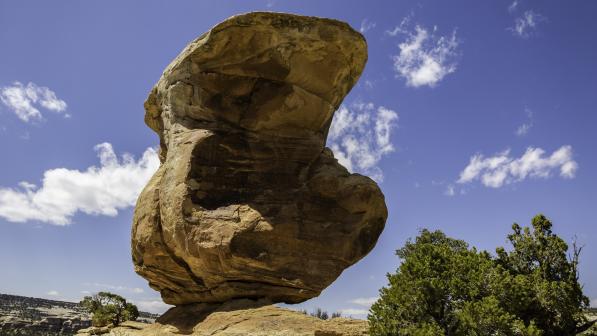 Up in Glade Park, a small town tucked behind Colorado National Monument, two of Grand Junction’s hidden gems lie within a half-mile of each other, yet they couldn’t be more different. Head past the Glade Park store for 8 miles then turn left onto 9 8/10 road. Continue down the road for about a mile before reaching the first hidden “miracle.”

Miracle Rock is a behemoth red sandstone boulder that sits on the edge of a cliff, precariously balanced on a beam no wider than four inches in places. Sometimes affectionately called Potato Rock, presumably because it looks like a giant potato, Miracle Rock weighs in at over 12,000 tons. Yes, that’s right, it’s over 24,000,000 pounds of stone that balances elegantly. 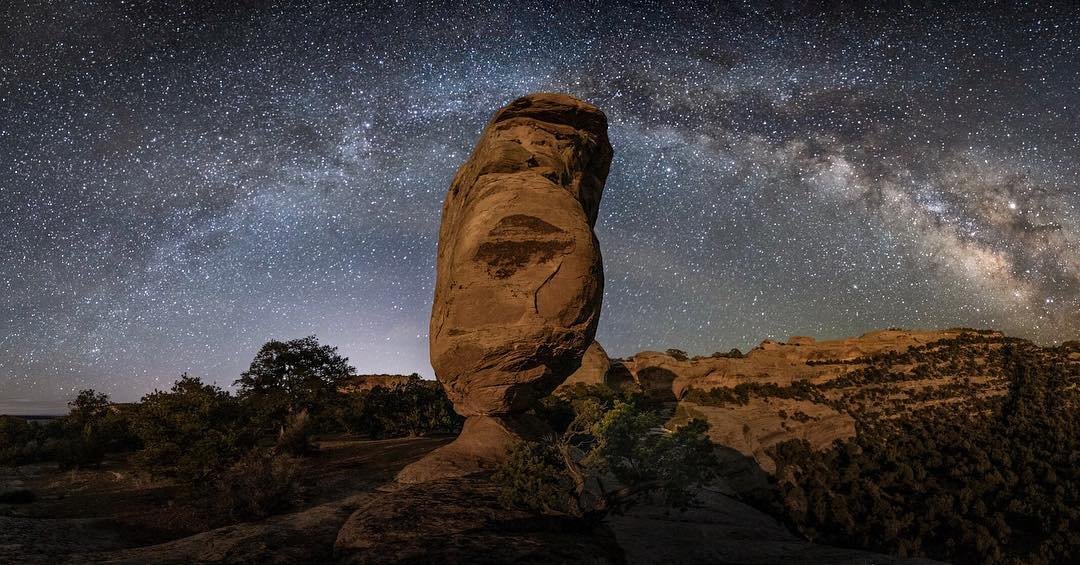 The hike from the parking lot is only a half-mile, but you’ll be able to see the 84-foot-high balancing boulder even from a distance. It sticks out like a sore thumb not only due to its impressive size but because it is the only thing of its kind anywhere to be seen. In fact, it doesn’t really seem to belong.

While the whole area is surrounded by red rock cliffs, there are no other balancing rocks around. Miracle Rock doesn’t even seem to be part of the original landscape, so it’s oddly miraculous. You can see clear through the middle of the beam and the bottom of Miracle Rock. If you follow the ridgeline into the large cove, there are no indications where other large boulders might have once stood. It just doesn’t quite fit in and leaves your imagination to wander. But one thing is for sure, it’s easy to see where the name came from. 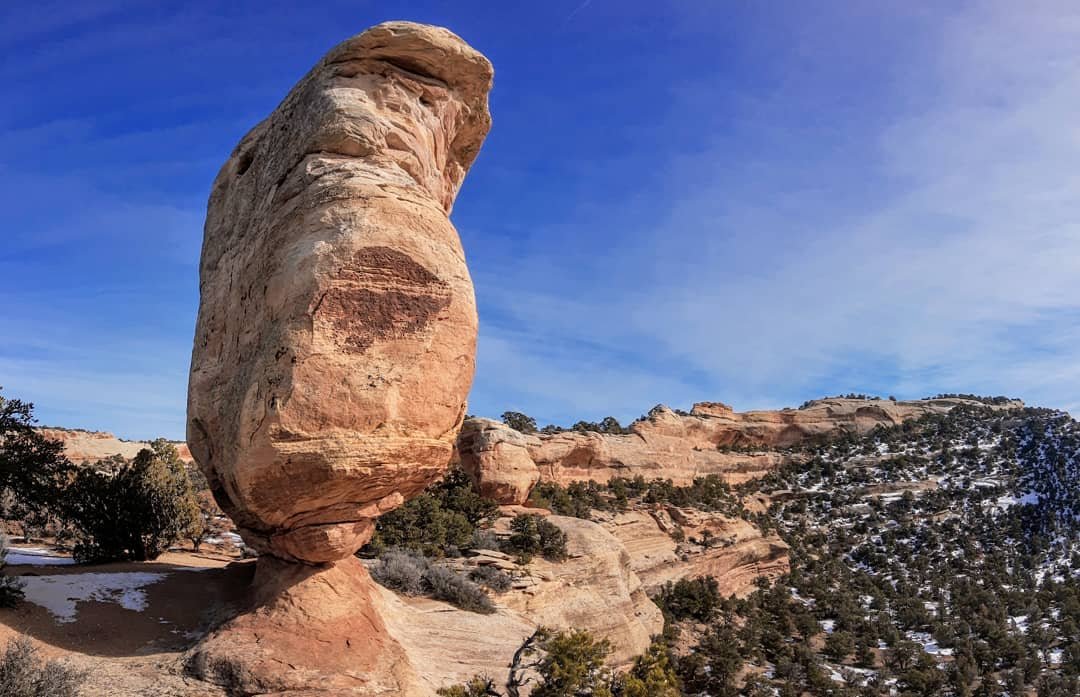 When you are ready for your next excursion, head back to your car and continue heading down 9 8/10 road until you see a large farmhouse. Directly before the farmhouse, turn right onto the unmarked dirt road. After a short distance, the road ends. Park here and follow the trail down to your next hidden gem.

While Miracle Rock might be the classic embodiment with its iconic sandstone cliffs that are common throughout Grand Junction, this spot is truly a desert oasis. The Little Dolores Falls are made up of two tumbling waterfalls with large pools between them that locals simply call, The Potholes. 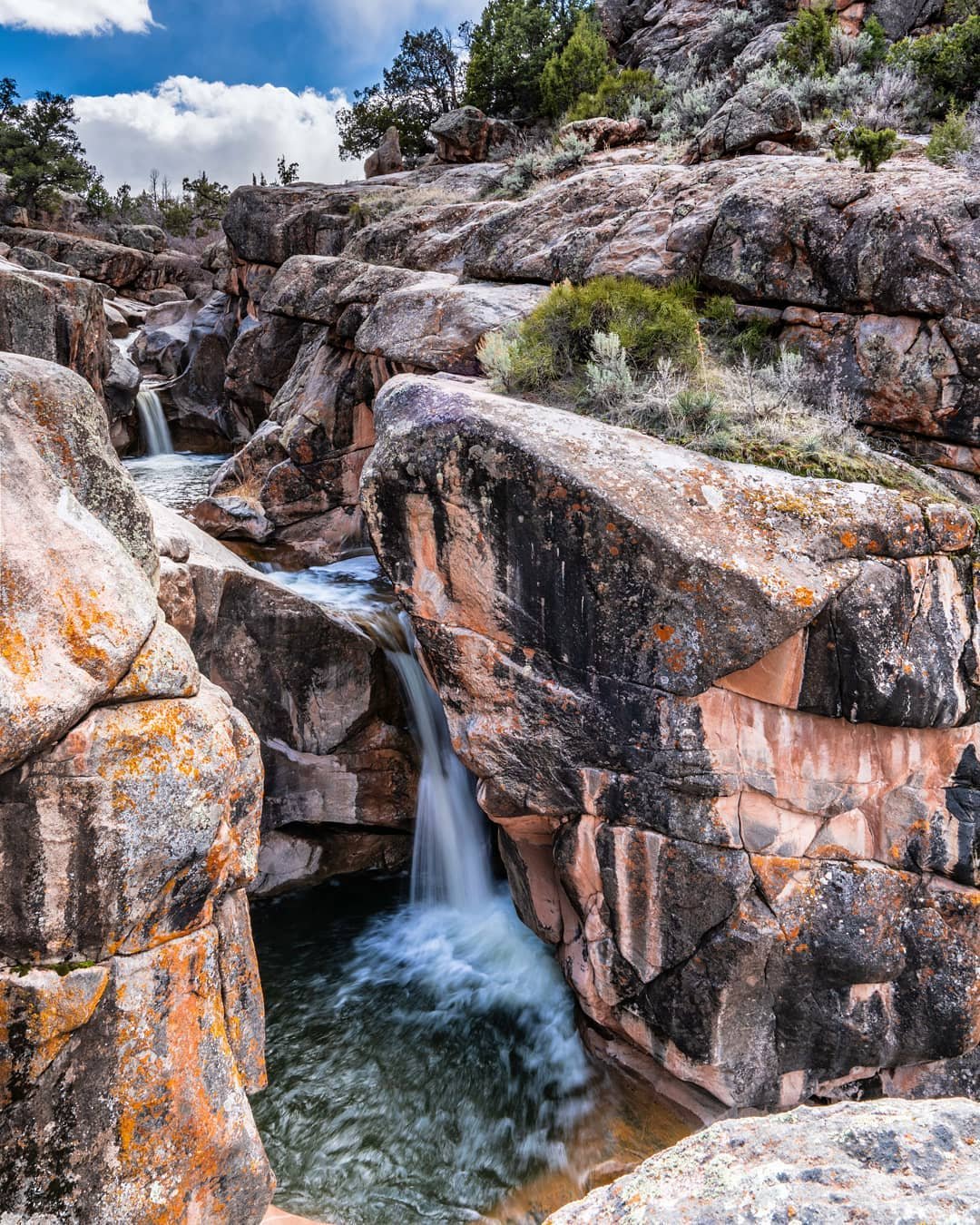 It’s not just the fact that these waterfalls exist in the high desert that makes them an oasis. Thanks to snowmelt from Pinon Mesa and the Little Dolores River, water flows over the edge most of the year, which is unusual as many desert waterfalls dry up after the spring runoff. In a land of red sandstone, the cool blue-grey granite cliffs that surround the Potholes add another element of mystique and contrast. 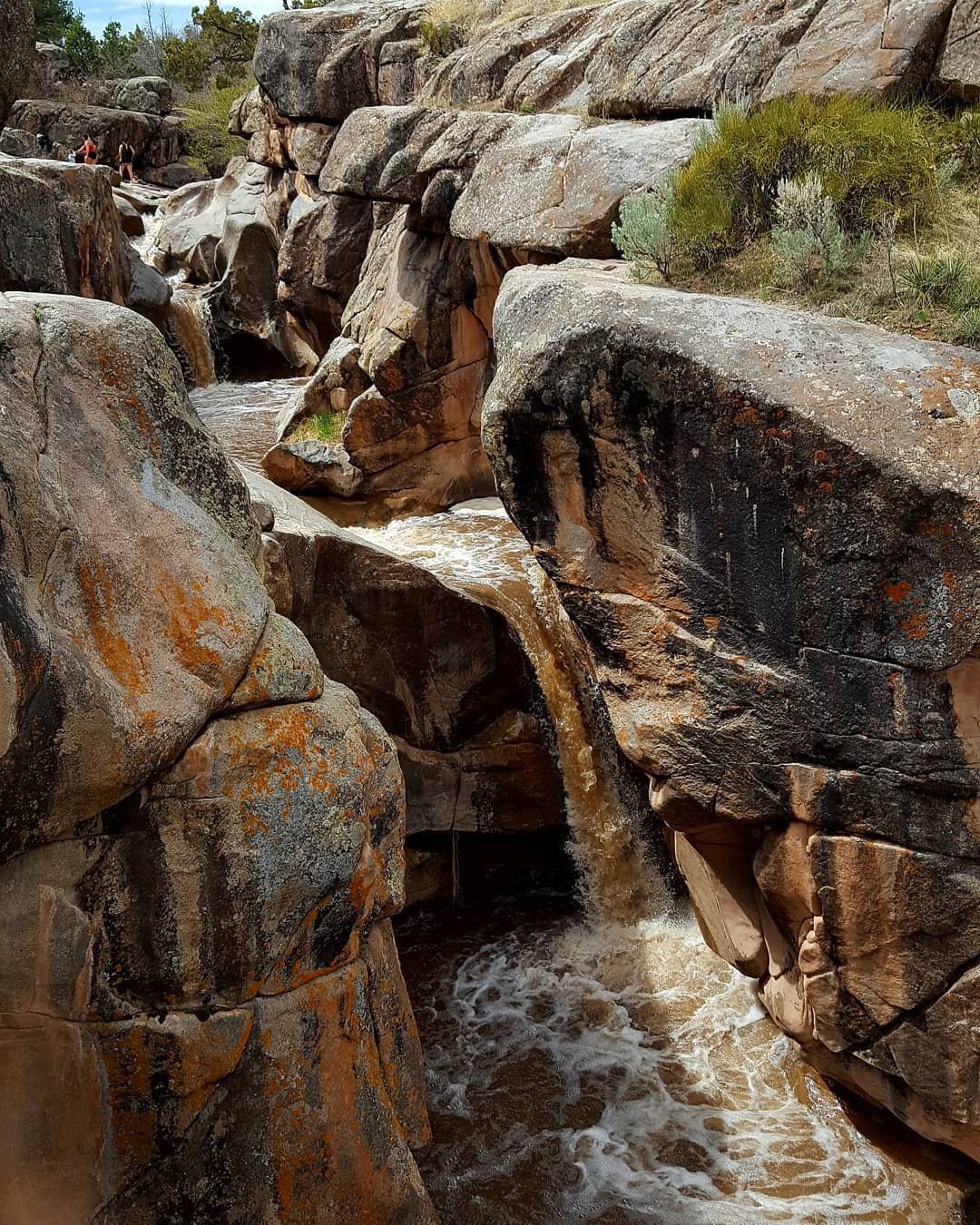 When the weather gets hotter, visitors come to the Potholes to get a reprieve from the heat and cool off with a swim. In the summer months, it’s not uncommon to see others enjoying the beauty of the Potholes, swimming, and even cliff jumping. As is the case with any swiftly moving body of water, jumping in can be dangerous especially during spring runoff when currents are at their strongest. Be aware and be cautious. Swimming isn’t recommended until summer when the current calms down.

Both Miracle Rock and Little Dolores Falls are must-see Grand Junction experiences that are one of a kind. The fact that they are so unique and in such close proximity to each other makes them all the more special and is another reason to plan a trip to Grand Junction to encounter a dramatically different adventure.